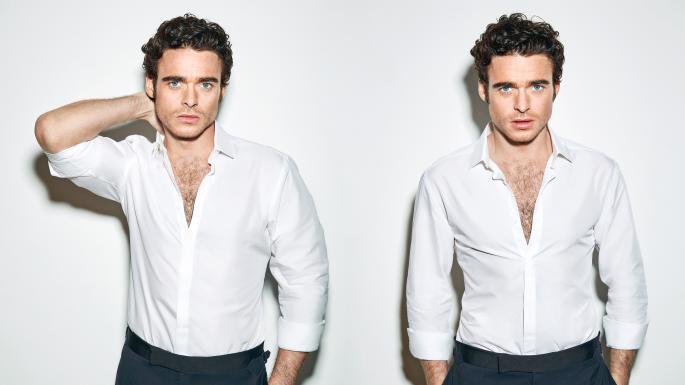 Following his success as the Bodyguard, (and a less notable, but entirely thirst-quenching role in Ibiza) Richard Madden is being hotly tipped for some new roles, one of which is James Bond.

But are the recent rumours about him about Brandon Flynn about to change that?

The pair – who live together, reportedly just as roommates – were spotted out in Cali buying joints, catching a show in the West End and wearing matching jewellery. But now further rumours demonstrate exactly why someone like Madden may choose to stay in the closet.

“He really was being considered for [that iconic film role]. However, that role requires someone that men see as a role model and that women will fantasize about. If he comes out, there is no way that they will cast him. It may not be politically correct… but it is reality,” a source disclosed.

Madden will also play gay in Rocketman next month, and previously did in TV show Sirens.