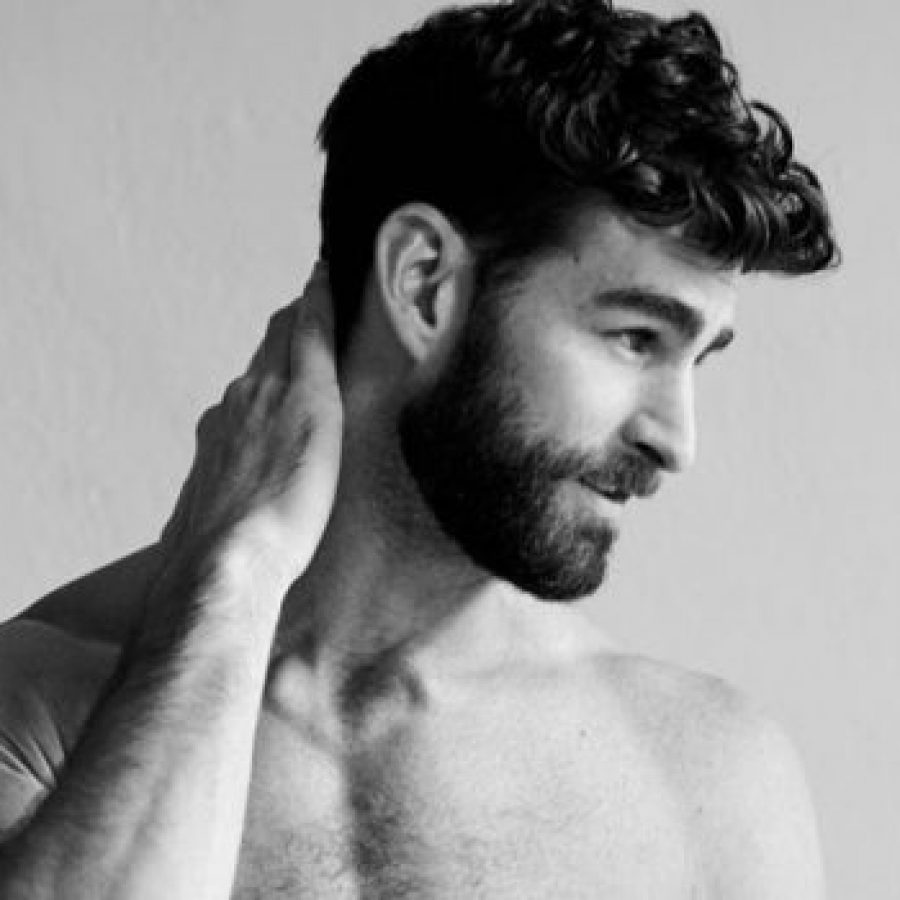 Actor and activist Chris Salvatore has stripped naked for his sexiest shoot yet. In a series of black and white shots, the model was lensed in a black Versace thong and then nothing but a pair of gloves.

Ironically, the gloves had dollar signs on them, as we’d say what his holding is pretty valuable.

Salvatore is one of those guys who you recognise more from online than say his acting projects; remember he went viral for becoming friends with that old lady? And didn’t he date Queer Eye’s Karamo Brown for a bit?

But hey, what we wouldn’t do to have eyebrows like that. Also we do vaguely remember an amateur naked shoot with a guitar.

Salvatore previously went full-frontal for his role in the series Eating Out back in 2009, but seems to have had a… growth spurt (?) since then, or maybe the set just had a fluffer.

*We do not claim to own the images in this post and no infringement is intended.