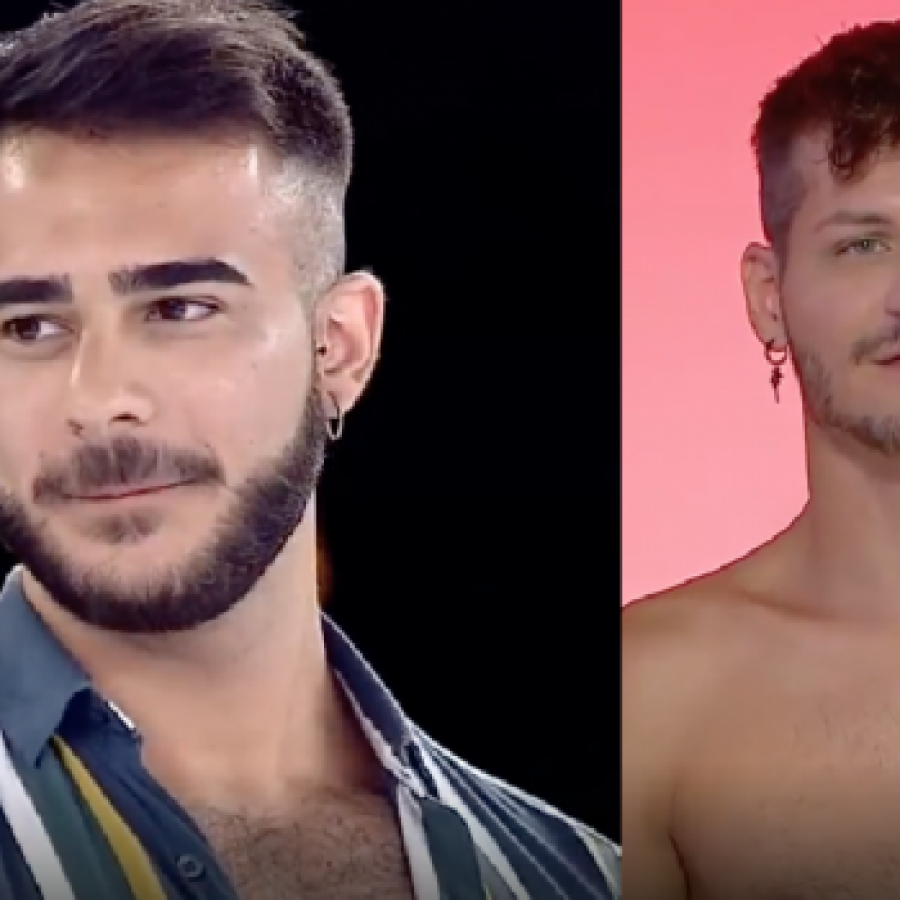 It goes without saying that we think the episodes of Naked Attraction with gay couples are the best. And not because you get one extra dick/butt than when it’s a straight woman playing, but it’s fascinating to see which contestants get eliminated first.

And it kind of proves that the tallest/best-bodied men aren’t everyone’s first choice. Although, it would be fair to say that the only thing which actually separates these Italian men are their cocks and faces.

This time around the Picker is Stripes, and Stripes gives Green the heave-ho first. Followed swiftly by Yellow.

That left him with these four, who are pretty fit given Naked Attraction standards. But ultimately, Stripes ditches Red and Purple for Roger (Blue) and Antonio (Orange).

And then, of course, Stripes himself:

Also in the same episode, (or maybe it was different one – we don’t currently have access to the full episode) was this specimen.