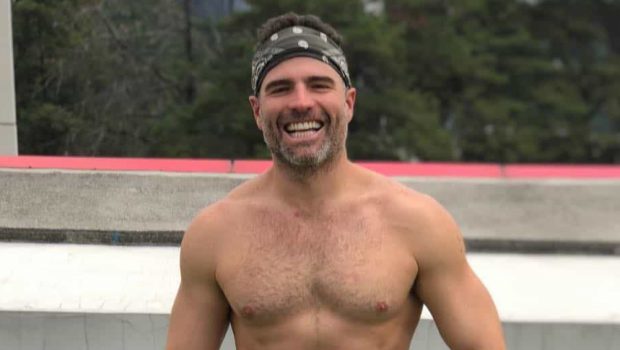 Roberto Manique – whose work on telenovelas includes Wild Flower, The Clone, and Husbands For Rent (OK, but seriously, how much for?) – has come out as gay in a post on social media.

“I want to tell you something very important and very personal,” the actor began. “Something which I have never confessed before, but now I feel the urge to do so. And, it has to do with my sexuality. It had never seemed important to me to say that I am homosexual, because I never considered that to be relevant. I felt that other aspects of myself were the priority, and I still think that is the case.”

He added, “There’ve been a few weird days, weird weeks in which I couldn’t identify what was wrong, but then I managed to go very deep and there I realized that I have not finished loving myself.”

Roberto went on to explain that society at the time, “did not allow him to be who he was, where crying was not manly, where vulnerability was not worthy.”

Adding, “I felt, for as long as I can remember, that there was something wrong with me. How can I not continue to feel some guilt for being who I am?”

RELATED: BMX Pro Corey Walsh’s most daring feat yet… coming out as gay

Despite the fact that Roberto is out to his friends and family (who have met his boyfriend), and he even posted a Pride celebration photo guised under allyship, he admits that he feels not being out publicly is trapping him.

“I was fooling myself and a part of me didn’t feel right until I told that Robertito inside: ‘You don’t have to feel guilty about it.’”

Roberto reveals he’s been in a relationship with his “beautiful” partner for seven years. Adding that they’ve helped each other grow and push each other, in their “incredible relationship”.

That part, at least, is sad news for the gays because… well: