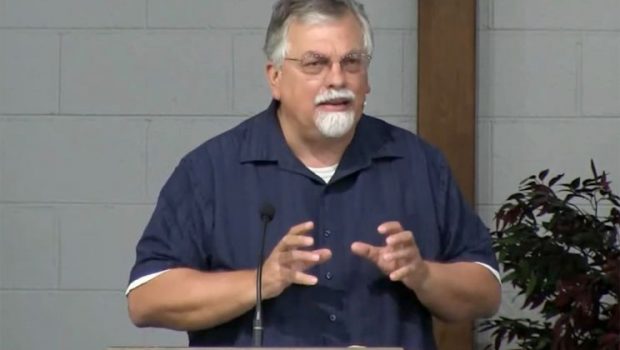 A 62-year-old bigot has finally kicked the bucket after years of spewing hateful rhetoric, including mocking the dead victims of the AIDS pandemic.

According to Queerty, “He used to read out AIDS-related obituaries on his TV show, Bob Enyart Live, in the 90s while playing Queen’s ‘Another One Bites The Dust’.”

Almost, ironically, Bob Enyart was also killed by a pandemic. And for once, Covid did something good.

Now, we’re not saying that this man deserved to die… actually, yes, we are. *Throws glitter on his grave*

Bob was one of the hosts of Real Science Radio, but again ironically, had not been vaccinated because he claimed the vaccines had been tested on “aborted babies.” Er, that’s not even close to ‘real science’.

His co-host announced his welcome departure (from life) on Facebook (where all the quacks live).

“Bob Enyart was one of the smartest, and without question the wisest person I’ve known. All the while being exceedingly kind and humble, and always, always willing to listen and discuss anything you wanted.”

Was it “kind” to make them sort of jokes about gay people? Was it “wise” not to get vaccinated when you’re 62, overweight, and bitter?

Alexa, play anything by Freddie Mercury.