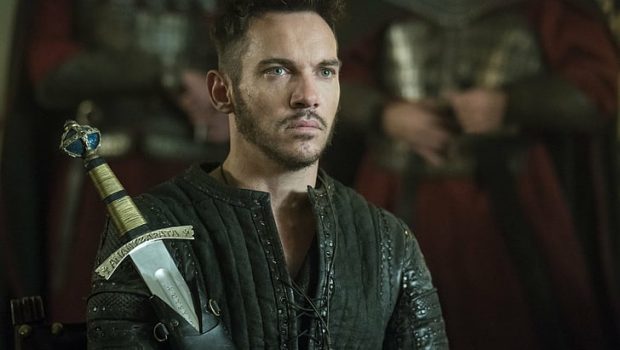 NSFW: Jonathan Rhys Meyers shows off his c**k once again

You may remember Jonathan Rhys Meyers demonstrating the length of his talents in a full-frontal scene a while back. The film was called Tangled, and if you get a good enough glimpse then, Meyers’ cock is going for round two with the camera…

According to Google: The heiress to half of the Yakuza crime syndicate forges an uneasy alliance with an amnesiac stranger who believes an ancient sword binds their two fates. She must unleash war against the other half of the syndicate who wants her dead.

RELATED: 5 Irresistible Irishmen That Have Bared Their Lucky Charms

We’re not sure what this has to do with Meyers being naked, unless it’s his sword she thinks binds her fate. Ugh, you and every other gay, love.

The Tudors star previously revealed that he doesn’t wear underwear on set, telling The Evening Standard: “I don’t have any lucky underpants. I’m never wearing underpants when I do those sex scenes. I’m always half naked.”

Method acting, just how we like it. Check out more celebs in the buff.

QUIZ: Can You Guess the Celebrity Penis?