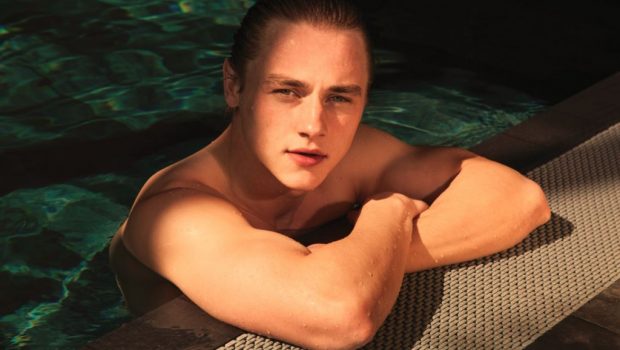 Eastenders star Ben Hardy is turning into a bit of an exhibitionist if you ask us. Hardy went from working in Ian Beale’s chip shop to showing off his saveloy on stage.

And we think he’s going places with that kind of career move.