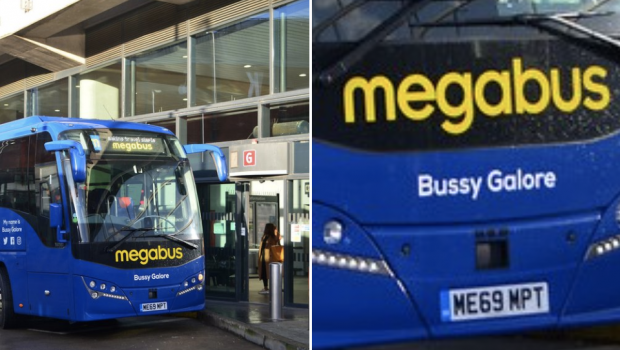 If you thought your bussy got a lot of action, this one’s been filled with dozens of people every day.

MP Travel who named the Megabus back in 2019 is only just getting the recognition they deserve for it.

“The names Galore, Bussy Galore“, they joked in a Facebook post at the time. A pun on Pussy Galore, the character from James Bond’s Goldfinger.

But arguably the best part about this is that, Megabus is owned by Stagecoach group, which was founded by noted homophobe Brian Souter. Souter previously donated £1 million to argue against the repeal of Section 28 – which banned the ‘promotion’ of homosexuality in schools.

Although he denied his bigotry, stating “[I support] the traditional marriage-based family, and I’m afraid that stance gets interpreted as being homophobic.”

We wonder which employee that hates their CEO came up with this.

And it still doesn’t end there. There’s a few variations of the bussies. For example, Bussy The Vampire Slayer. So iconic. One way ticket to Sunnydale please.