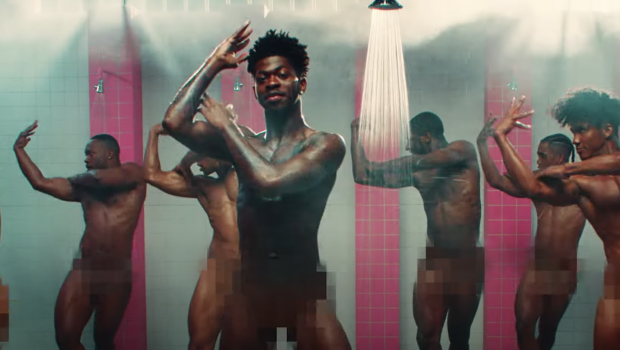 Lil Nas X continues to deliver creative genius – while (hopefully) pissing off the right-wing – as he twerks naked in prison showers with his dancers for his latest single Industry Baby.

The video for which was inspired by the controversy surrounding his trainers which contained “real blood”. The rapper was selling a limited number of 666 trainers to promote his previous single Montero (Call Me By Your Name).

Due to the fact that the trainers were massively similar to Nike, people had planned to boycott the brand, causing Nike to launch a court case against Lil Nas X.

He clearly didn’t go to prison, but if he did, he wants die-hard religious types to know that he’d have just as much there as he would in hell.

The video features Lil Nas X and his dancers naked, dancing in the showers. Don’t forget to drop the soap!

Keep your eyes peeled for Jason Momoa and Colton Haynes.