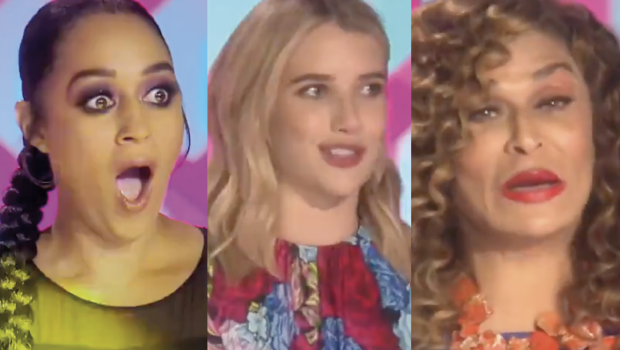 A juicy trailer for Drag Race All Stars 6 has been released by streaming service Paramount+ giving us our first look at some of the in-person celebrity guests joining RuPaul on her infamous judging panel for the next All Stars.

Side note – we like that the colour scheme for all the promo has been red, orange and yellow, btw. What a lovely and gentle “fuck you” to Tina Burner, Ms Paul.

Second side note – can we take this opportunity to appreciate the zaddy that is Cheyenne Jackson, while we’re here?

As for logistics like when and how we’re going to get the series in the UK, we sadly can’t reveal. Just be thankful it’ll probably pop on Netflix one hungover morning this summer and you won’t have to pay for yet another streaming service like our friends in the US.