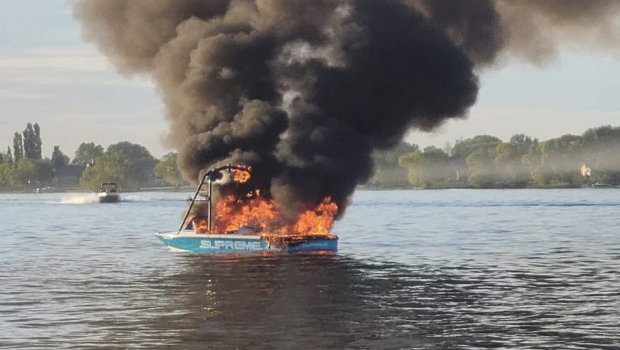 A new viral video showing a group of homophobes harassing a family on a boat decorated in Pride flags neatly ends with their boat blowing up at the end and, quite frankly, the story should be turned into a children’s book and read at nurseries.

It’s quite sad to think that whatever queen first spouted the words, “karma’s a bitch” isn’t around to soak up this perfect video, ‘cause it’s nothing short of that phrase.

The video, which is doing the rounds on socials right now, shows a boat full of clear homophobes verbally harassing an LGBTQ+ family catching fire and exploding.

Twitter user @retro_ushi_ said: “These people harassed my family because we were flying gay pride flags in Moses Lake, Washington, by racing around us and shouting gay slurs.

“Then, their boat literally blew up!”

As did LGBTQ+ Twitter. The shady hashtag #KarmaIsReal is trending and we advise you to use it – not that we want to fan the flames or anything.

The video, originally posted to TikTok, explains that the homophobic boat (we’ll just call it that for ease and absolute journalistic clarity) “spun circles” around theirs “after they saw our Pride flags”. The video then zooms in to Karen flipping off the LGBTQ+ family.

As soon as the homophobic boat starts to smoke, the harassers swam towards the Pride boat wearing life jackets and our LGBTQ+ babes “got them out of the water immediately”, inviting them on to their boat.

What a gloriously explosive way to kick off Pride month.