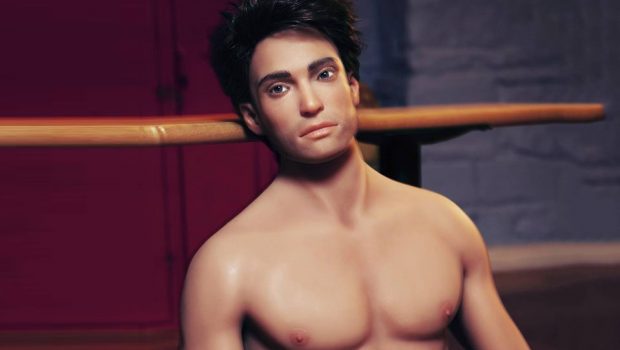 With the amount of AI being put into sex dolls we think it’s only appropriate to now refer to them as sex robots. Which may sound like you’d be putting your dick into a machine, but… well, you are.

A creator of the advanced toys has claimed that soon the robots will have programmed sexualities. So buyers will be able to set their sexual preference prior to receiving their order. But if I order a “gay” sex robot does that mean it’s gonna try it on with all my friends?

“Not only do we need to create a different gender, we also need to create a sexual preference in the profile,” said Matt McMullen, CEO of RealDoll, stating the customization would be available for female bots too.

The Daily Star reports that RealDoll produces “some of the most advanced sex robots in the world, some of which have artificial intelligence capabilities. That can carry out conversations, mimic orgasms, and develop their own personalities.”

Develop their own personalities?! Imagine paying all that money and then your robot decides that they’re republican. Or you get one that literally won’t shut up after sex.

Obviously, you’re curious to see what the penises look like, here is ones of the current models:

Honestly, it’s great that sex robots can talk, but fixing the wigs needs to be prioritised.

The ‘gay’ dolls with squelchy privates release date is yet to be specified.

But the question is what the impact will be. It’s unlikely that advanced sex robots are going to be a sweeping trend anytime soon, but any relationship – intimate or not – with a machine isn’t as healthy as one with a human.

In 2018, McMullen said the AI partners were designed to cure loneliness: “People call them sex dolls but mostly it’s about companionship. In this world of computers people are missing out on human interaction.”

Perhaps not realising that his creations are in fact computers.

*Affiliate commissions may be earned with products purchased through the links on this page.