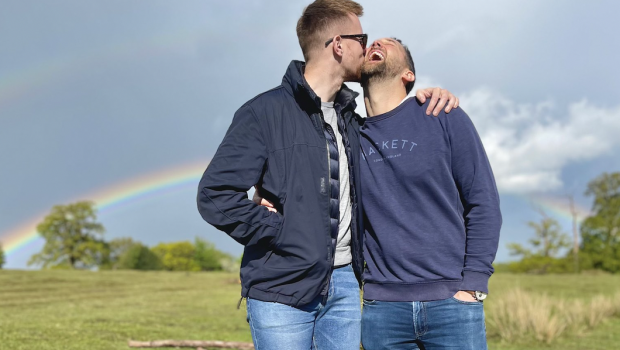 And not in a way that suggests happy gay people don’t want to be anywhere near her (ahem) – more in the way that we don’t exist. Thanks, Karen – oh, sorry, Gem. Another neat conspiracy theory.

The video, which is now trending for obvious reasons, was posted online via @aciquestion, not O’Doherty. Even if she wanted to post it, she couldn’t, as this hun was banned from Twitter last year for repeatedly violating the platform’s policies. She was also banned from YouTube in 2019 for making racist comments about minorities in Ireland, FYI.

The antithesis of a gem.

We’ll take all three. In fact, we have.

Anyway, gay Twitter naturally came through by flooding the post with pictures of LGBTQ+ love and happiness. Here are some of our faves:

Gay and happy!! You can be gay and very single and happy! I mean there are so many boys out there to kiss and cuddle.. why wouldn’t I be happy 😃 pic.twitter.com/ifJu3q9amQ

Such a miserable and dark lifestyle. pic.twitter.com/TQC6KPOhF3

8 years strong Gemma, we’re both completely monogamous and ridiculously happy with each other. Sorry to rain on your parade.

But seriously, you ok hun? pic.twitter.com/GYA3110pNR

A little birdy told us there are no happy Karens, either… sorry, Gemmas.