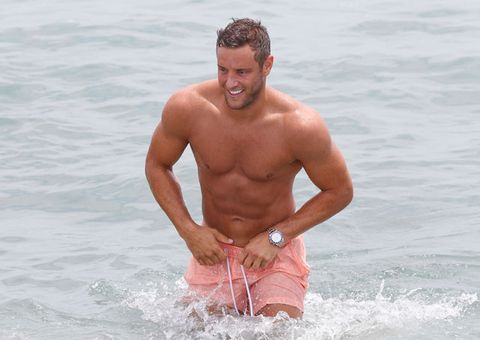 File this under “Missed it at the time, but grateful someone else didn’t” alongside Alex Reid’s reality show dick slip. Turns out Elliot Wright of The Only Way Is Essex suffered a similar malfunction.

It seems the scene occurred during the boys attempt at being Full Monty strippers.

PLAY: QUIZ: Guess the Big Brother contestant by their peen

The routine went “wrong” when Wright ripped off his costume and his dick flopped out. Well, we didn’t pay money for the Full Monty strip show to have guys cupping their junk in their hands. What is this, a Disney production?

Actually, we didn’t pay for anything, but if this was the actual show, we’d have been front row.

But if this peen-glimpse isn’t enough to quench your thirst today, check out our thirst-quenching compilation of real explicit strippers below.