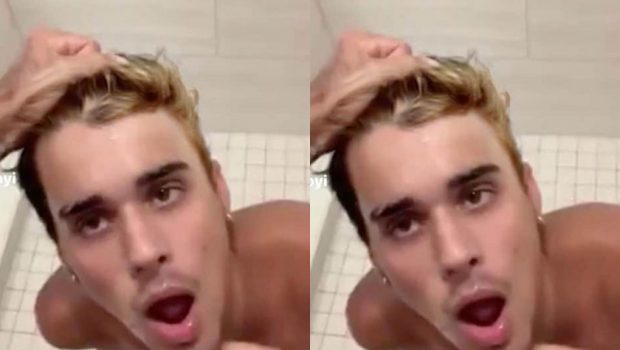 A snap of what looks like sandy-haired Canadian pop superstar Justin Bieber sucking cock like a Goddamn pro has been doing the rounds online for months now and it’s still driving Beliebers wild.

I mean he did once famously sing, “I know you know that I made those mistakes maybe once or twice”… so there’s that.

Sorry, the operative phrase in that headline is “looks like”, we’re sad to report. Actually, devastated to report. We’re firm Beliebers. As firm as that cock smacking his gob, we say.

As highlighted by our pals at The Sword, if you actually look at that image closely enough you can see that some lighter shading has been digitally added to the hair… and go even closer and you’ll spot that the shading carelessly overlaps the hand gripping it.

Feeling like porn’s answer to Jessica Fletcher rn. Very that.

So here’s the tea – the edited snapshot doing the digital rounds since mid-2020 is, in fact, just a screengrab from a 2019 video of brunette OnlyFans model Mitchy sucking Men.com exclusive model Diego Sans into next week.

Unrelated, Bieber once released a song called That Should Be Me.

Mitchy recently tweeted that he has “never regretted sucking a dick so much” in his life and that he gets sent the image on a “daily basis”.

“Honestly, I get tagged in these posts regularly,” Mitchy told The Sword about the Bieber meme. “It started actually like a full year after I filmed that video, so I had almost forgotten about it honestly.”

So, in summary, not Justin Bieber, but the who the hell really cares? 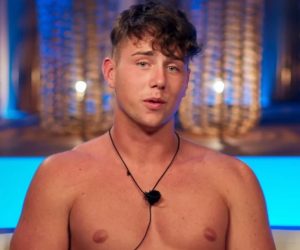