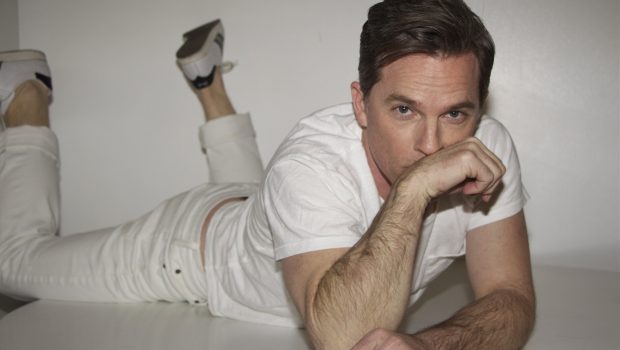 With the news that American Horror Story’s Finn Wittrock is stepping into the luminous skin-tight threads of the Green Lantern – giving gay geeks palpitations across the globe – we thought we’d do some digging around the new HBO series and that infamous Ryan Reynolds film. And look what we found…

Calm down, it’s not Ryan Reynolds. But if you did watch/drool over the aforementioned diabolical DC film back in 2011, you might remember hottie Mike Doyle popping up – and popping you up, no doubt.

Well, three years before that, Doyle starred in the Lincoln Center’s production of Paul Rudnick’s play The New Century in 2008, where his schlong basically upstaged his performance (and he played two characters).

That’s unfair, we didn’t see it – but we’ve all seen the cock now, so it’s a possibility. That thing had a clear presence on stage.

We feel for the audience members in the first few rows – we’re just not sure whether we’re jealous or concerned for their safety, ’cause Doyle’s dick looks like it could lasso you a drink from the bar in the interval.

The now 47-year-old daddy is living happily New York… same goes for his impressive package and we’re assuming whoever he’s with.

When can we go to America again, Bojo?