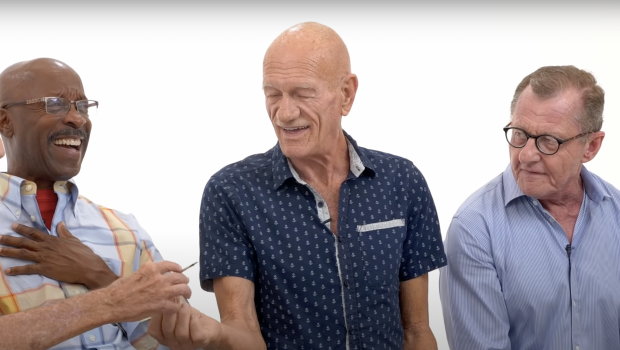 Even the old gays got stoned for 420

If you do one thing today, make sure you watch this fucking brilliant video of four fabulous old guys getting stoned together – and Grindr’s supplying.

Hump day is always a tough one, isn’t? The Wednesday hump day, not the rare days we’re getting dicked down. So why not take a break from yet another Zoom meeting about a meeting and watch these old gays get baked together?

These four gems known as ‘the Old Gays’ are becoming somewhat of an internet staple as of late. They technically work for Grindr and are often called upon to share their views on everything from dating to Cardi B’s WAP for the hookup app’s surprisingly diverse and comical YouTube channel.

In their latest video, released ahead of 4/20 yesterday, Grindr producers get Robert, Michael, Jessay and Bill baked off their tits and asks them to share their reactions on camera, to which they respond: “this won’t be the first time, nor the last.”

Our fave moment of the five-minute video – and it’s hard to pick just one – is Bill revealing that he used to call weed “cherry pie” back in the day, to which Mick responds:

“I’m a friend of Dorothy, who loves cherry pie.”

The baked babes also shotgun each other and it’s just everything.