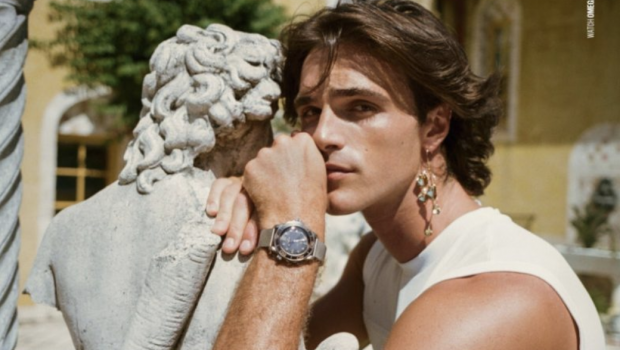 Euphoria star Jacob Elordi poses in a pair of drop earrings and corset crop vest for the cover of Man About Town. Seemingly, a far cry from his homophobic character on the hit HBO show.

Styled in a way that we’ve come to expect from the likes of Harry Styles, Ezra Miller and, of course, Billy Porter, we were surprised to see Elrodi lean into his metrosexual side.

“What I like about Euphoria is we don’t need to spell everything out all the time. If people are feeling a kind of way, it’s human. If they are that, it’s human. The show throws you in there and lets you know, hey, these are the people, this is who they are. Now, watch them play.”

Jacob was recently announced as one of the bodies for Calvin Klein’s new underwear campaign, alongside the likes of Naomi Campbell.

Euphoria’s second season was postponed due to the pandemic, but is returning later in 2021.