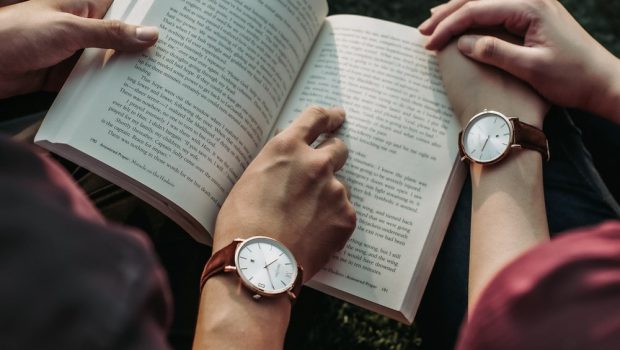 It takes effort to make a relationship work these days, and even more if you’re in a long-distance relationship.

One method of closeness that has seemingly proved useful is bedtime stories. One Reddit user explained that he and his partner stumbled across the bonding activity one night while video chatting.

“We got to talking about our pasts over [Google] Hangouts… and he was trying to give me advice using the [fable] The Scorpion and the Frog. I told him I’d never heard it, and he told me the story. I was choking down a golf ball the entire time.

“After a bit, I told him that he was a really good storyteller. He really f*cking is — I got lost in his voice. He offered up to tell me another and I said yes, embarrassed. He ended up telling me two more stories.”

He questioned whether the ‘childish’ pasttime was something that others would find weird.

“I felt so childish and stupid having my boyfriend read me a bedtime story like I was a child, but fuck, it was so wholesome and beautiful, but I still feel like it’s something others would find weird.”

“It’s not weird man I am fucking jealous. Just let him take care of you like that and you do the same when he feels down. Great to see there are genuinely nice and caring guys out there.”

Others highlighted how the stress of the world can make us want to retreat to our child-like selves again, and that being read stories is just a wholesome distraction.

“That’s not weird at all because at the core of it, is one man breaking down and another showing him love, compassion and care. He delivered it via storytelling because that’s how he knew how. That doesn’t make you childish or pathetic or whatever other word you might use. That makes you human. And that makes him a good partner.”