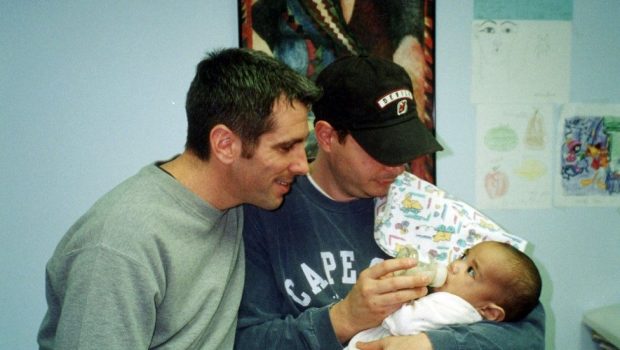 Get the tissues… and not for the usual reason you need them for.

On 28th August 2000, Danny Stewart was rushing to meet his boyfriend Pete Mercurio for dinner. As a train pulled into 14th Street, Stewart saw something out of the corner of his eye… a baby doll.

Wasn’t it? As Stewart glanced back and saw his legs move, he realised that it wasn’t a doll. It was a real-life baby.

“He didn’t have any clothes on, he was just wrapped up in this sweatshirt. His umbilical cord was still partially intact, so I could tell he was a newborn. I was thinking maybe a day or so old,” he says.

After failing to get the attention of anyone in the station, Stewart – who didn’t want to move the baby in case he was hurt – ran up to street and used a pay phone to call the police.

After a few moments, Stewart says he thought police had probably figured “this is a prank call and they’re probably not believing me, so somebody else needs to call, and that’s when I thought of Pete.”

Pete says when he received the call, the hairs on the back of his neck stood up. “Danny doesn’t joke, he wouldn’t say something if it wasn’t true,” he says.

He bolted for the station. As he arrived, the police were taking the baby to hospital for checks.

“You know, you’re going to be connected to that baby in some way for the rest of your life,” Pete told Danny.

“Eventually, this child is going to learn of the night he was found and he may want to find the person who discovered him”, he continued. “Maybe there’s a way that we can find out where he ends up and send a birthday gift every year on this date?”

Danny and Pete went back to their ordinary lives until Danny was invited to a court hearing to explain finding the baby.

But as the judge was explaining the protocol for placing abandoned babies into pre-adoptive care, he hadn’t expected her to ask “Would you be interested in adopting this baby?”

“I did feel connected,” Danny explains, “I felt like this was not even an opportunity, it was a gift, and how can you say no to this gift.”

“I didn’t want my life to change. I was happy the way we were”, he says. Although Danny’s mind was made up and he was proceeding with the adoption whether Pete “was onboard or not”.

After visiting the baby in his foster home, Pete explains that he gripped his finger with whole hand and “opened his heart”.

With the adoption process underway, they were called back for another hearing with the same judge presiding. Despite the usually length-process, the judge gave Pete and Danny the baby to care for just two days later.

Danny named the baby Kevin, after one his mother had previously lost.

As Kevin loved having books read to him, the pair made a pop-up book using clipart to tell the story of how Kevin was found.

“It was his favourite,” says Pete.

“Some nights, and days, we read it multiple times. We’d often catch Kevin flipping through the pages by himself and mouthing the words he had memorised.”

And if your eyes aren’t already wet, in 2011, when Kevin was 10, Pete asked him what he thought about the two parents getting married under the new same-sex marriage laws.

“Doesn’t a judge usually marry people?” asked inquisitive Kevin. And just like that, the same judge agreed to officiate their marriage.

Kevin is now 20 years old, and at college studying mathematics and computer science.

Danny, now 55, says “It has changed my world view, my perspective, my whole lens […] I did not know that this level of deep love existed in the world until my son came into my life.” 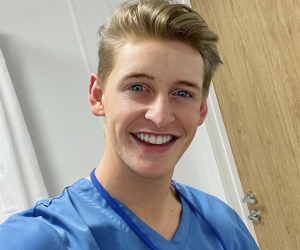 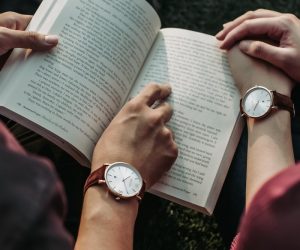