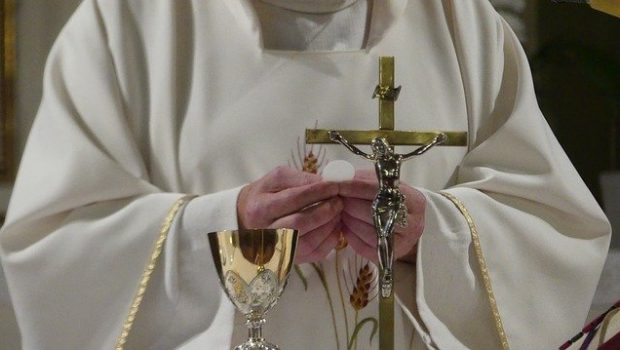 The Vatican cannot make up its mind regarding homosexuality. Pope Francis previously stood for LGBTQ people saying he supports civil union. Now, a new decree, approved by the same Pope Francis states that “God does not bless sin” in relation to queer relationships.

It adds that “the Christian community and its pastors must welcome with respect and sensitivity persons with homosexual inclinations.”

“He blesses sinful man, so that he may recognise that he is part of his plan of love and allow him to be changed by him.”

And they found HUNDREDS of priests on Grindr in a previous investigation? The list is seriously endless.

Stop condemning our lifestyles when you’re all engaging in gay sex, and in the most embarrassing forms. We’re not a shame on religion, you’re a shame on our community. Gaslighting hypocrites.

One other person who noted the hypocrisy was Elton John who claimed the church “profited” from investing in his film Rocketman.

I mean, the fact that the church, who teach that the disciples gave up all their material possessions to follow Jesus have ” millions” to invest in modern cinema is enough to hint at its corruption.

Let’s not even start of the child sex rings.