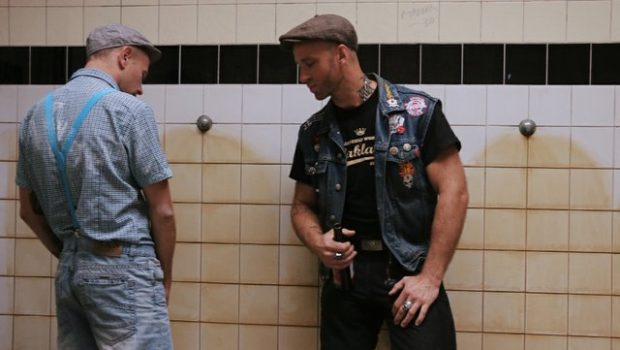 Turns out before the Trade Centre was blown up, there was a lot of blowing going on already.

A trailer for a documentary Trade Centre (see what they did there?) will tell the stories of men who frequented the grounds.

The documentary revisits the landmark to a time when gays would roam the stairwells and cubicles unafraid of ‘being busted’… in fact, when it came to their nuts we imagine it’s what they hoped for.

“The voices of five gay men who cruised for sex at the World Trade Center in the 1980s and 1990s haunt the sanitized, commerce-driven landscape that is the newly rebuilt Freedom Tower campus,” reads the release.