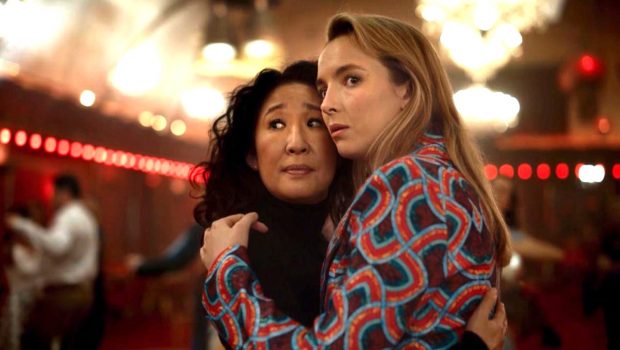 OK, sad news of today… Killing Eve will not be returning after its fourth season. The Emmy-winning drama centered around a lesbian assassin became an instant hit with viewers.

Although some questioned where the show would head after its debut series, powerhouse Phoebe Waller-Bridge proved naysayers wrong.

“Killing Eve exploded in popular culture and attracted a dedicated and committed fan base from its very first episode,” AMC Networks president of originals Dan McDermott said in a statement (via THR).

“Phoebe Waller-Bridge’s brilliant adaptation of the source material, the unforgettable characters given life by Sandra Oh and Jodie Comer, and the entire cast, along with our partners at Sid Gentle Films, have delivered a one-of-a-kind roller-coaster ride that has taken our breath away. …

“We look forward to what is sure to be an unforgettable final season and to exploring potential extensions of this compelling universe.”

Extensions of the universe sounds equally promising and interesting.

“’Killing Eve’ has been one of my greatest experiences and I look forward to diving back into Eve’s remarkable mind soon,” said series star Sandra Oh

“’Killing Eve’ has been the most extraordinary journey and one that I will be forever grateful for,” said Comer. “Thank you to all the fans who’ve supported us throughout and come along for the ride. Although all good things come to an end, it’s not over yet. We aim to make this one to remember!”