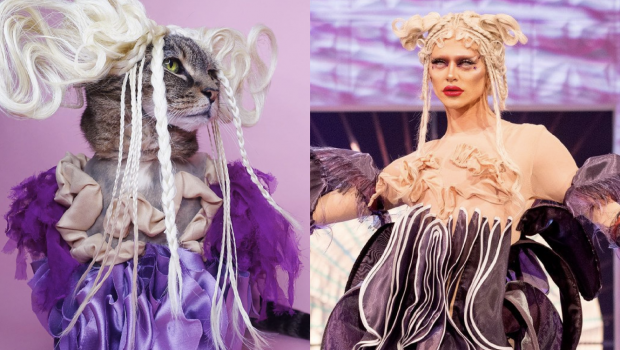 You better step you pussy (cat) up!

According to PinkNews: “Leila was a “little homeless kitty girl” in the woods of Maine before her stage mom adopted her 17 years ago and gave her a home in Brooklyn, New York. Rogers said she started the RuPaws Drag Race account with Jeffords after meeting the owners of an Insta-famous dog.”

Here’s some of our favourite looks, aside from Bimini’s prehistoric runway:

Although Leila isn’t just a fashion queen, she’s also a fierce activist, campaigning to #FreeBritney. She also penned a children’s book (with her owners) about two friends who discover drag. While part of the proceeds go to help homeless LGBTQ youth via the Ali Forney Center.