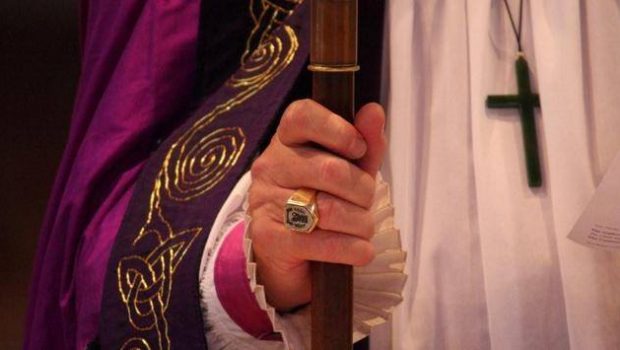 A former priest, who fled the Russian orthodox church after coming out, has claimed that the clergy sleep with their superiors to get to the top.

Well, you know what they say, you’re never closer to God than when you’re in the Bishop’s bed.

Alexander Usatov, former priest of the Rostov and Novocherkassk diocese, fled to Holland after coming out and being harrassed by the clergy he worked in.

He writes: “I am gay and have never felt safe in the Russian Orthodox Church, and in recent years I have become the object of persecution by the Metropolitan and his entourage, who knew about my orientation.”

Usatov admitted his sexuality to Metropolitan Mercury – the head of the diocese – but later regretted it. He claimed that gay priests are in a “dual situation”.

“On the one hand, everyone knows about the existence of the gay lobby and the opportunity to make an easy career after going through the bishop’s bed,” he writes.

“On the other hand, the most active parishioners of the church are ardent homophobes, and by relying on them, the ROC is building out of itself a stronghold of traditional sexual morality.”

Adding that the church allows you to practice homosexual relationships, as long as its kept private and within the church.

He also noted the priests varying attitudes towards sexuality: “Everyone has a different psychological threshold of disgust. Some priests are bisexual and have experience of same-sex relationships, for others it is disgusting to the point that they frown at the very speech about homosexuals.”

An “important event” which prompted Usatov to leave was a conflict with the “most famous gay priest” is the diocese, who reportedly spread rumours about Usatov and wrote denunciations to the authoritative figures.

Eventually the accusations and pressure led not only to Usatov’s resignation, but to him fleeing to Holland for fear of further repercussions.

Usatov concludes: “People who tried to harm me, on the contrary, helped me to free myself and find a new, more fulfilling life.

“I do not hold grudges against them, now my thoughts are occupied with tulips, mills, and scientific ideas.”

A spokesperson for Metropolitan Mercurius says he never knew that Isatov was gay and would’ve dismissed him “long ago” if that were the case.