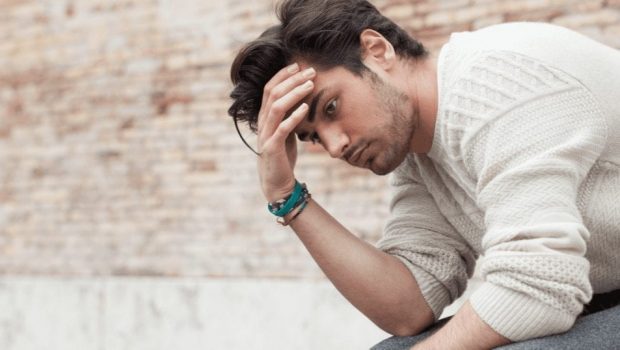 A WORK colleague I’ve fallen for is buff, handsome and has a great beard.

He ticks all the boxes for what I look for in a man and I’m sure he is gay – but he’s married to a woman.

I’m a gay guy of 24 and this man is 38. He is the team leader and is responsible for showing me the ropes in the factory where we work.

We have so much in common – we support the same football team and play the same video games. He spends so much time with me and we have such a laugh. I look forward to my shifts.

I think constantly about making a move on him. What should I do?

RELATED: Fagony Aunt: “Gay sex with co-worker is better than with my wife”

I understand that its hard to think straight when your undercarriage is leaking and your knickers are soaked, but let’s start with some perspective.

If your list of attributes for the perfect partner consists solely of “buff, beard and handsome”, then it would seem you’ve got at least a million soulmates around the world.

Not to mention that you are clearly viewing this trade through rosé-tinted glasses, unless when you say he ticks “all the boxes” you mean: unable to live as his authentic self, committed to someone else and in an inappropriate position of power?

I don’t mean to shit on your dick, and there are many times when people who fall for their factory boss who is married and in the closet live happily ever after (OK, maybe not “many”) but think about what you’re considering. Tugging him knob and saying “sorry I thought it was the lever”?

Cut to you getting fired and also losing a friend.

Most of us have a gaydar, but unfortunately, that can be clouded when we just really want someone to be a bummer, not always when they are. For example, you profess he “spends so much time” with you… er, yeah, ’cause you’re both paid to be together 8 hours a day.

While you might have a lot in common, that doesn’t mean sitting on willies is one of them. But if he is gay, and is interested, then that would be a different story (one that also comes with complications). If he knows you’re gay and hasn’t spoken about his own sexuality or feelings, then you should assume it’s not what you’re hoping for.

If he doesn’t know you’re gay, do the “bend and snap” to inform him.