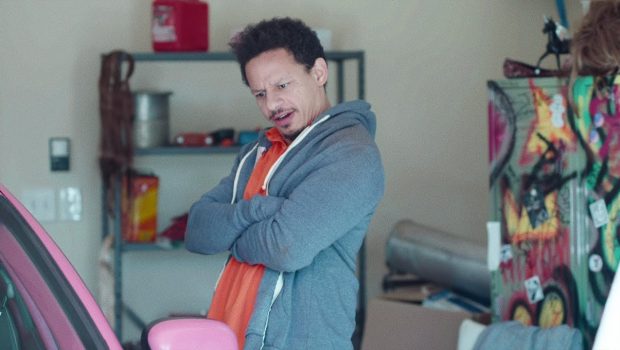 Bad Trip has just landed on Netflix UK and it’s the kind of comedy that’ll have you roaring laughing. (Unless it’s one of the few scenes that Eric Andre is naked then you’ll be laughing but also semi-hard).

The film is from the makers of Bad Grandpa (another hilarious hidden camera feature) and follows two best friends in a cross-country road trip while one of them tracks down his high school crush.

It’s a prank show, with a narrative.

At one point, Andre’s mechanics uniform is ripped off by the car’s vacuum. How “unfortunate”. Even worse (read: better) is that Andre’s big balls were on full show as he clambered into the car.