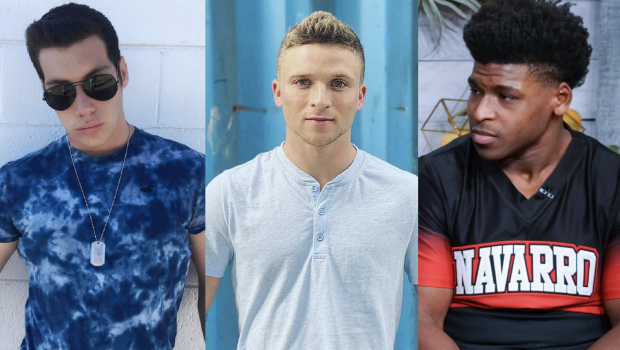 The addictive reality show Cheer which followed the dedicated cheerleaders of Navarro college portrayed some of the darker sides to the sport, but it seems like there was far more going on which the producers didn’t catch.

Two 14-year-old twin brothers also filed a suit of ongoing sexual harassment from Harris which began when they were just 13-years-old and Harris was 19.

Now, two more members of the cast have also been arrested on separate indictments; Robert Joseph Scianna Jr., a 25-year-old coach and choreographer, and Mitchell Ryan, 23, a member of the Navarro College cheer team.

Scianna was charged with “taking indecent liberties with a child and use of an electronic communication device to solicit sex,” after he had arranged to meet a 14-year-old boy for sex after they began speaking on social media.

Mitchell was charged with with felony aggravated sexual assault of a child relating to an alleged incident that occurred on July 24, according to Dallas County Sheriff’s Department records.

His lawyer said “there are two sides to every story and we’re looking forward to his name being cleared”, adding it had been a “nightmare” for him and his family.