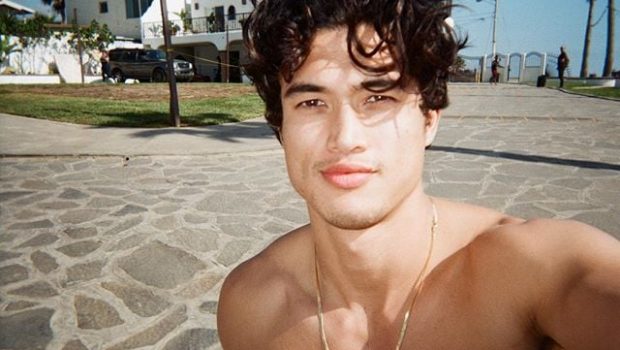 Charles Melton is known for his role as Reggie on Riverdale, but this snap is far more memorable than his character on the show… (that’s no offense to the writers, he’s just got a great ass).

The shots are for a campaign by Dolce and Gabbana which see Melton naked and clinging to a pillar. While another shows him clambering a bookcase in the nude… watch out for paper cuts!

And then there’s the work he did for American Horror Story, where Ryan Murphy also got the actor to appear in the buff.