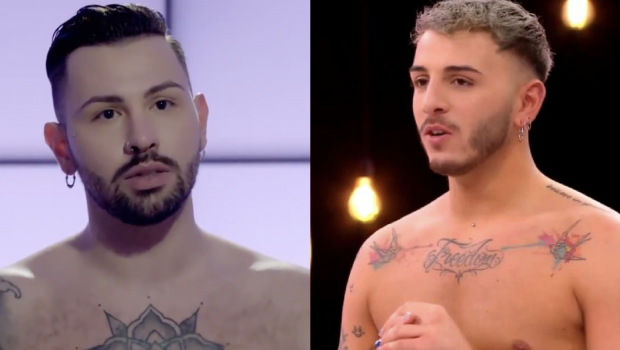 The episode saw one hopeful pick from six naked Italians who had stood for hours in the nude in boxed podiums just waiting to be selected.

Eventually the “chooser” Michael – who also revealed his lorum piercing (that’s horizontally across the base of the shaft where it meets the ball sack) – picked Raphael, presumably because he too had piercings and tattoos.

We say ‘presumably’ because we don’t speak Italian.

There also another hot straight guy this episode too…