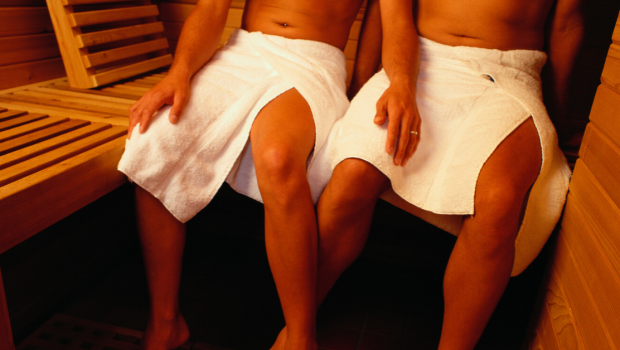 In light of the recent news that iconic gay ‘spa’ Chariots in Vauxhall (the last of its chain) would go into liquidation this week, one of the brands former employees took to Twitter to mourn the loss of the “safe space”.

But, while gay bathhouses serve a purpose, I have to question, how “safe” are they really?

Firstly, the term ‘safe space’ was developed at a time when homosexuality was either illegal or hugely socially stigmatized and homophobia was rife; neither of which are that prevalent in communities that host gay saunas today, and often have a ton of gay bars nearby too.

The dictionary defines it as a place in which one can “feel confident they will not be exposed to discrimination, criticism, harassment, or any other emotional or physical harm.”

While that may be true for heterosexual opposers, the same can’t always be said for within the community. As highlighted in the sketch below, gay men were often subjected to sexual harassment and assault, while drug overdoses and death were also not unheard of.

Of course, in a venue that is home to sex and drug use, it’s difficult to police, but one criticism that frequently arises is the lack of medic rooms within gay bathhouses. Owners are aware that drug use takes place and so it’s almost negligent not to have them. Similarly, the use of posters deterring condomless sex and drug consumption could have been an option.

It’s obviously not sexy, but neither are STIs and overdoses.

That’s not to say that a few bad apples should ruin the experience for everyone, but I personally believe that if a brand is to monetize sex – and in-turn STIs – they have a certain amount of responsibility.

On the flip-side, you’re definitely less likely to get butchered to death in a public sauna than you would be at a horrifying Grindr meet. There’s is also perhaps more of a deterrent for excessive narcotic consumption due to it being a public place. 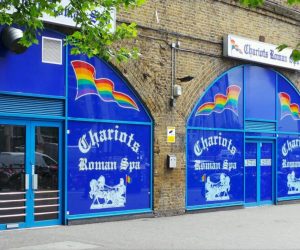