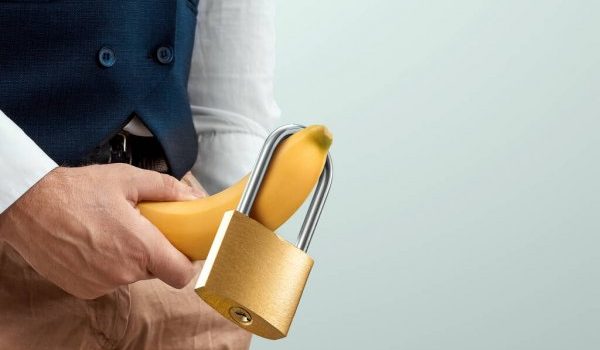 “Your cock is mine”.

That’s the message a number of chastity-enthusiasts received as part of a hi-tech blackmail scheme. Hackers – who had exploited a flaw in Qiui’s Cellmate bluetooth cage – demanded ransoms from users after they were able to lock their cages.

The chastity fetish denies the participant orgasm by keeping their genitals restricted – usually caged up.

Alexa, play “Locked Up” by Akon.

One user recieved a message asking for $750 in Bitcoin, but thankfully wasn’t wearing the device when it locked shut.

The Cellmate cage connects via Bluetooth to a cellphone, which uses an app to control it.

The flaw was uncovered originally in October 2020 by British security experts at Pen Test Partners (PTP). They discovered that because the bluetooth controls had to go via servers in China, these could be intercepted and changed to ignore the requests to unlock the device.