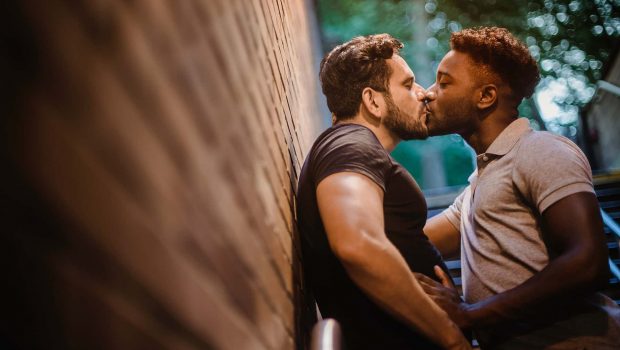 I HAD the most thrilling sex ever when I cheated on my wife with another man.But the excitement soon subsided and now I feel overwhelmingly guilty.

She injured her back last year and we couldn’t have sex. I started looking at pornography and drifted on to some gay sites.

I talked to a colleague about it a few times. He’s 35 and was very reassuring. After of couple of weeks we went back to his place and I tried sex with another man for the first time.

Over the next few months it became a regular thing. We also had great fun doing role play.

I haven’t seen him since early December as I am now working from home. But I can’t wait to see him again.

While this may be the most exciting time you’ve ever had, sadly the same can’t be said for your crippled wife who’s laid up on the sofa.

The guilt you feel is very evident through your uncontrollable excitement to get railed again.

If you’re that into roleplay, why don’t you try acting like someone who doesn’t cheat on their wife? Or – even better – somebody that has the balls to communicate to broke-back Brenda about their Brokeback fantasies?

After all, it’s not like she’ll be running away.

Ultimately, it’s great (for you) that you feel free enough to explore your sexual identity, but just remember that you have a partner over 12 years who is still in the dark about it. At least give her the truth before living your own.