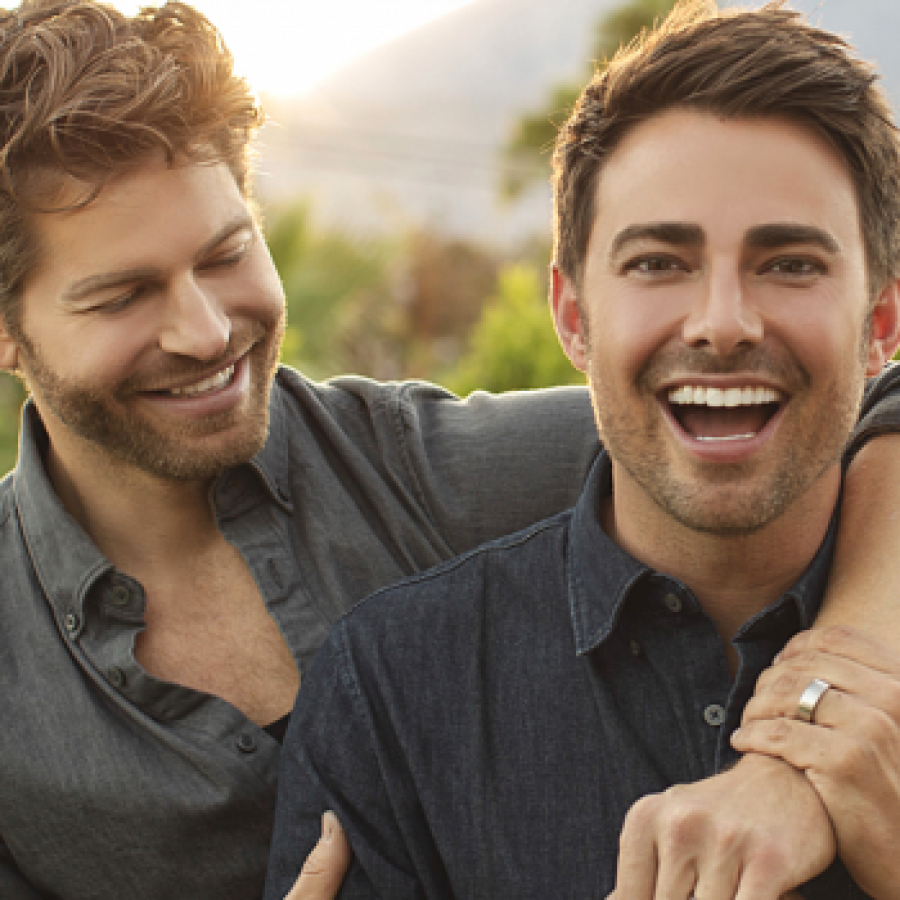 Bennett told People about the engagement went down:

“I was told we were going to be taking family Christmas card photos and that’s why Jaymes’s photographer friend Eric (Ita) was here along with my photographer nephew Andrew (Herner),” Bennet said. “But then no one would look me in the eye and I was like what is going on? I later found it out it was because they didn’t want to spoil what was about to happen.”

“My sister shouted for me to come outside ‘real quick’ and my F.O.M.O. kicked in so I ran outside,” he continued. “Then I looked over and saw Jaymes holding a sign that said ‘We never did find our song, so I wrote it for you.’ That’s when I knew was getting proposed to because it was the same type of sign he made when he told me he loved me for the first time. And then I began to ugly-cry the ugliest cry anyone has ever cried.”

To be fair though, it’s probably the only time he’s ever looked remotely ugly.

We’d love to show you some photos or videos but People have ensured that can’t happen. So you’ll have to head to their site to see them.

“I love how he makes me feel. I feel safe and I feel loved when I’m with him,” Bennett told the publication.

“I think the most special thing about our relationship is that we are actually each other’s best friend first and foremost. And he’s also pretty fun to look at!” Vaughn responded.