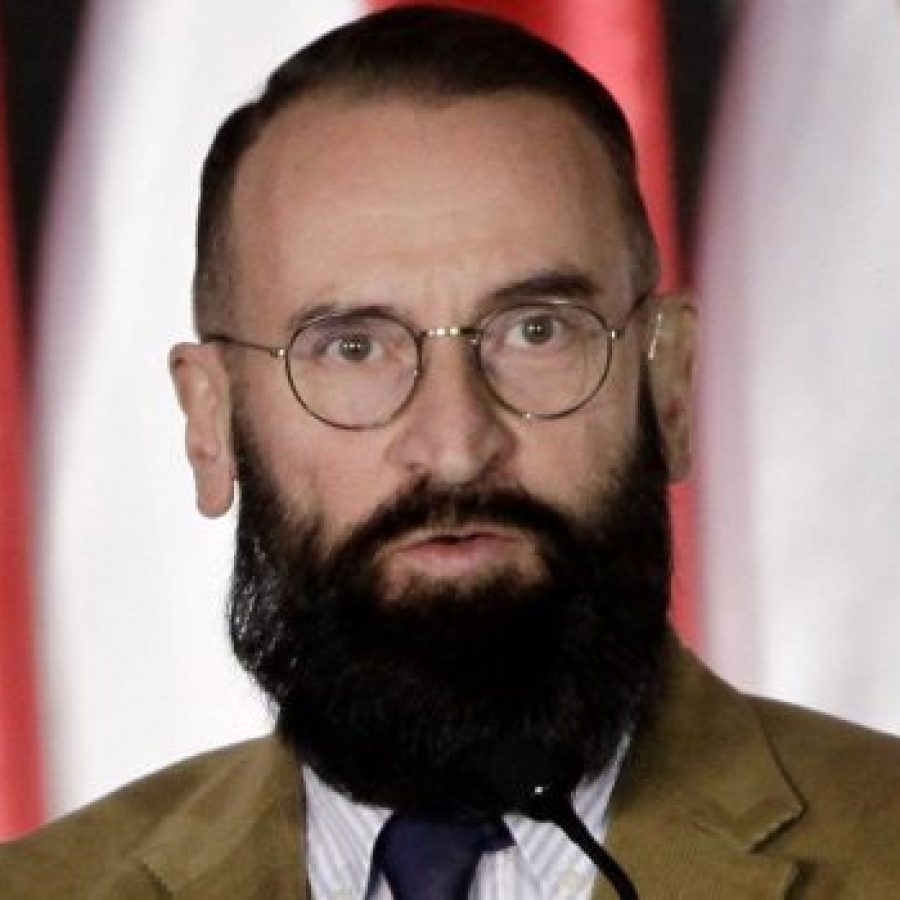 This has to be one of our favourite headlines of the year.

József Szájer, a member of the European Parliament representing Hungarian Prime Minister Viktor Orban’s Fidesz party (that’s the anti-LGBTQ, conservative party) has resigned after police caught him violating COVID-19 restrictions along with 24 other men at a sex party.

Szajer was seen fleeing the scene by climbing out of a window, and shuffling “along the gutter” (it gets better and better) before the disgraced bigot handed in his notice.

A local newspaper quoted a police source as saying, “We interrupted a gang bang.”

Szajer fronted the country’s conserative party in the European Parliament, and heavily aided in rewriting Hungary’s constitution to “protect the institution of marriage as the union of a man and a woman.”

Oh, right. Marriage is sacred, but choke on a plethora of dick in private… gotchya. Seems he graduated on the same course as Aaron Schock.

The police were called due to “disturbance” reports… which we presume were diplomats destroying the furniture as they collapsed on G.

Police found drugs in Szajer’s bag, but he insists he never took them. Ahhh, just holding ’em for a friend, eh?

The public prosecutor’s office said: “A passer-by reported to the police that he had seen a man fleeing along the gutter; he was able to identify the man. The man’s hands were bloody. It is possible that he may have been injured while fleeing. Narcotics were found in his backpack. The man was unable to produce any identity documents. He was escorted to his place of residence, where he identified himself as S. J. (1961) by means of a diplomatic passport.”

Szajer said in a statement: “I deeply regret violating the Covid restrictions, it was irresponsible on my part. I am ready to stand for the fine that occurs.”

Okkkk, and any regrets about the destruction of marriage equality? No?

Announcing his resignation as an MEP, he asked people to treat the matter as “strictly personal” to him. But it’s not exactly “personal” is it? When you’re punching our community with one hand and jerking off another closet-case with the other.