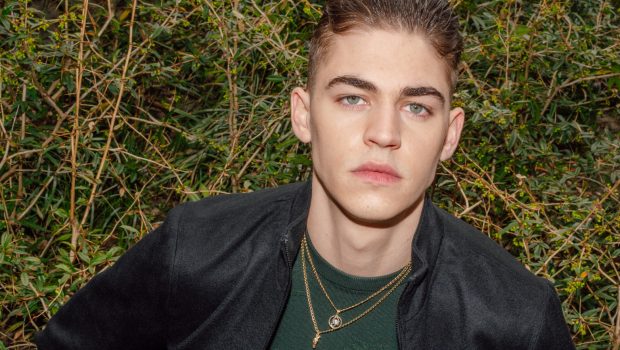 Hero Fiennes Tiffin has the kind of name that you’d expect the cat of royality to have, or that you can’t say out loud seriously.

But despite that mouthful, Tiffin was giving fans an eyeful in his role as Hardin in After We Collided.

In After, Tessa – a dedicated student – had her world flipped upside down by rebellious student Hardin who makes her question everything about herself. (And with an ass like that, we’re not surprised; Tessa probably went from independent woman to needy Top).

After We Collided, from Google: “Tessa finds herself struggling with her complicated relationship with Hardin; she faces a dilemma that could change their lives forever.”

In snaps from the film, we can fully understand why Tessa cant get off her knees.