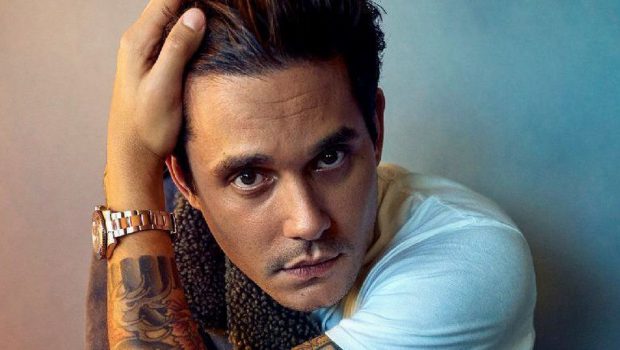 And he tells the truly bizarre story of New Year’s Day 2007, in a nightclub at 2 a.m., when John Mayer plopped down between him and Mayer’s girlfriend, Jessica Simpson.

“Everything happened very quickly after that,” Hilton writes. “John leaned in close and pushed his tongue into my mouth, and before I knew what was happening, he was full on making out with me.”

The Sword also informs us that Hilton has been telling the story for a while, as per the interview (2010) below which sees him disclose that Mayer has had dick in his mouth, and jerks-off most to Brent Corrigan.

In an interview with Playboy, Mayer did confirm that he kissed Hilton:

The only man I’ve kissed is Perez Hilton. It was New Year’s Eve and I decided to go out and destroy myself. I was dating Jessica at the time, and I remember seeing Perez Hilton flitting about this club and acting as though he had just invented homosexuality. All of a sudden I thought, I can outgay this guy right now. I grabbed him and gave him the dirtiest, tongue-iest kiss I have ever put on anybody—almost as if I hated fags. I don’t think my mouth was even touching when I was tongue kissing him, that’s how disgusting this kiss was. I’m a little ashamed. I think it lasted about half a minute. I really think it went on too long.

And thus, we find it kinda hard to believe that the rest of Hilton’s story is fabricated. You’re welcome.

Get over 170+ NSFW videos, quizzes and celeb exclusives!