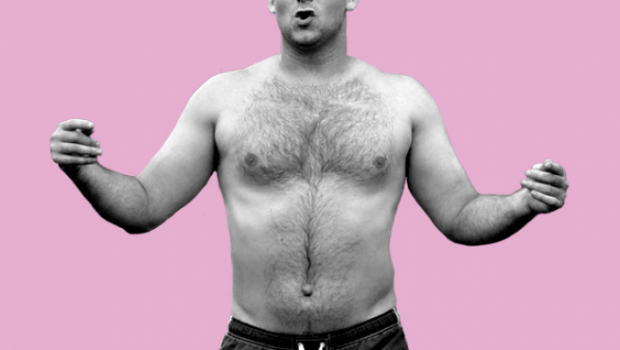 “If you can’t love yourself, how in the hell are you gonna love somebody else?”

We’re asked this question on a weekly basis by RuPaul, because we live in a time where love – or at least the concept of love – is pushed (albeit mostly by liberals) as a solution to, well, everything. But it starts inside, we all know that.

I’d argue that in modern society far more people hate the way they look than who they are as people – even if that’s pretty shitty. A queen will bitch all day about not having an 8-pack or an inflated ass but you’ll never hear them say, “Gosh, I’m an ungrateful c*nt, I hate that about myself”.

However, it would be idealistic to hope that everyone would work on their character flaws as much as they do their waistline; that’ll be the same day Israel Folau leads a gay Pride parade.

However, perhaps we can aim to create some balance with regards to our bodies. Specifically, as we see them.

One of my favourite quotes goes: “Stop shoving your fat into a waist trainer and shove your face into a mirror until you love yourself”.

That’s not to say we should give up exercise altogether; for those that body goals, that’s great! But let’s not mentally punish ourselves in the process of getting there.

As a perfectionist, I personally struggle with the term ‘love’ your body, as there will always be bits I’m a little unhappy with, but if you can “accept” it, that’s half the battle.

Yep. Get up first thing in the morning or after your shower, and stand in front of the mirror naked. I want you to stand there for 2 minutes a day, and see how your attitude towards your own body changes after 2 weeks. It’s like a dimmer switch gradually going on, reminding you that this is YOU, your body and it’s something to be cherished in any shape.

The problem is, that the more we see something, the more its normalized, and so you can see how that’s an issue when we spend half our lives on Instagram. The key is to normalize your ‘flaws’ over criticise them.

OK, this one sounds a little (a LOT) vain, but it makes sense. I remember seeing it mentioned somewhere so I tried it out (and spoke about this at length on “Everybody Wants to F*ck Me”), and found it to be great sexual confidence booster. Especially when you put on a few pounds and don’t feel as sexy as you used to.

Unless you’re super insecure, it’s rare we focus on the imperfections of our friends bodies. If anything, I’d be more like to praise something out of jealousy, and we should try to look at ourselves the same way. What parts of our body do others covet?

Also, if you wouldn’t say that to a friend, don’t say it to yourself.

Sorry, it had to come up! Even if you don’t have goal to lose weight, exercise transforms out mind. So we’re less likely to see everything through a negative lens, including our bods!