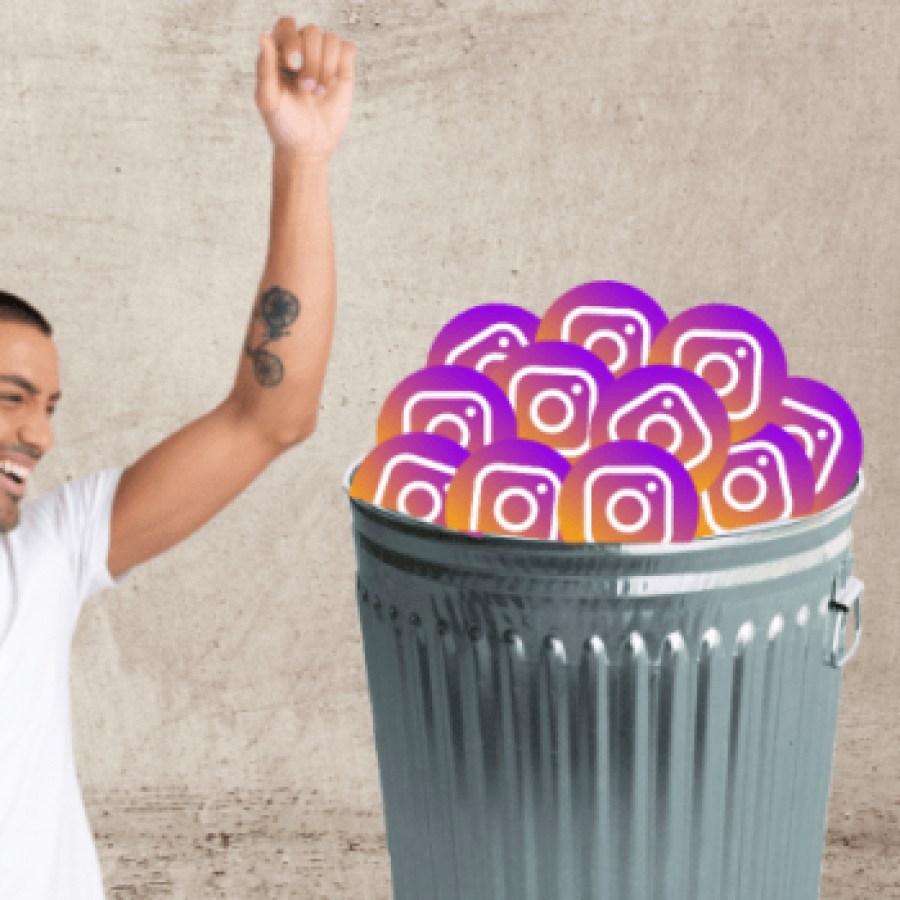 I’d always been partial to the idea of an Instagram break, I just never felt like I could take one. How can you suddenly go M.I.A from somewhere that is in-part your place of work?

But it had reached a point where I no longer desired a break, I needed one.

Not only was Instagram fuelling thoughts of inferiority, and negative comparisons; it was time vampire. Sucking every spare minute I had, and even the ones I didn’t.

BREAKING! Your Relationship means Nothing Unless You Plaster it on Social Media

Deactivating my personal account immediately gave me a sense of relief. I wanted more. So I deleted the app entirely. And then Facebook. And then Grindr. All of these were apps I felt took more from me than what they gave.

What I found was, rather than spending hours looking at lives of people – many of whom I didn’t really care for to begin with – was that I spent more time living my own.

The boredom was replaced with creativity and I began to see the spark I’d lost in my passions for other things. But more importantly, I began dating again.

Within three days of deleting Instagram, I’d lined up five dates for the following week. That’s more meets than I’d get from Grindr in three months, sometimes.

Besides, everyone knows that dating is a numbers game.

So while there’s definitely an argument for Instagram furthering your dating prospects, that wasn’t what I’d personally found to be true; DMs weren’t leading to actual dates… or even D. So it was just a case of redirecting my energy and time into something progressive.

Hear me talk about this more on this week’s Cocktails & Confessions: