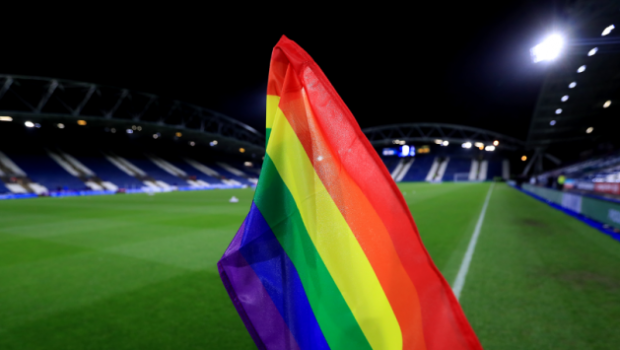 The world of sport – and the especially homophobic football pitch – are seeing an increase of teams throwing their games after homophobic incidents from the opposing team.

A member of Portishead Town was accused of making a comment towards a Shipham player, leading Shipman to walk-off mid-match.

Shipham AFC said in a tweet they were “proud” of its players and branded the behaviour “unacceptable” and “absolutely disgusting”.

Shipham player Rob Scanlon also said on Twitter: “I played football today and one of the Portishead Town players said a clear homophobic insult to one of our players.

“I’m not standing for that and we walked off. Game abandoned. Proud of our reaction.”

Portishead has responded by saying they are investigating, while simultaneously accusing Shipman of starting a witch-hunt.

“We are fully inclusive family orientated club and do not condone this sort of behaviour […] However, that said, we do feel that it’s somewhat unfair for certain parties to use their position to continue to tweet incendiary comments towards our players, given they are all from his viewpoint alone”.

“to conduct a public witch hunt and act as judge and jury in this manner is not conducive to a positive outcome for either side”.

Well, it is, if it’s pressuring you to punish your player. As for the reports coming from “one viewpoint”, it seems quite obvious that a hate-slur was used, as it’s a bit dramatic to stage a walk-off otherwise.

This comes just 10 days after Channel 4 reported a similar stand-up in San Diego:

“The entire football team San Diego Loyal has walked off the pitch for the second time in a week after alleged homophobic abuse was aimed at one of their players.

Collin Martin, who’s openly gay, called his team’s actions “truly moving” – and a statement that they would not stand for hate in their game.”

Now this is a powerful movement to get behind. If every team did this, just imagine the impact of the world of football. Brava!