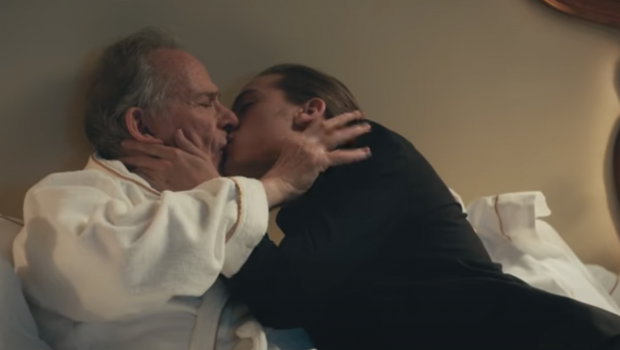 In a feature from Christian Coppola that nobody saw coming, actor Dylan Sprouse (twin of Riverdale star Cole) plays a male escort who spends the evening in a fancy hotel with a widower (Ron Rifkin) to commemorate the anniversary of his wife’s death.

Daddy is a short 18-minute film which is mostly set within the hotel room, in which Sprouse wears a pink dress throughout, appearing to reenact the wife who has passed.

TV fanatics will remember Rifkin from an uncle Saul from Brothers & Sisters, and Carrie’s friend at Vogue in Sex And The City.