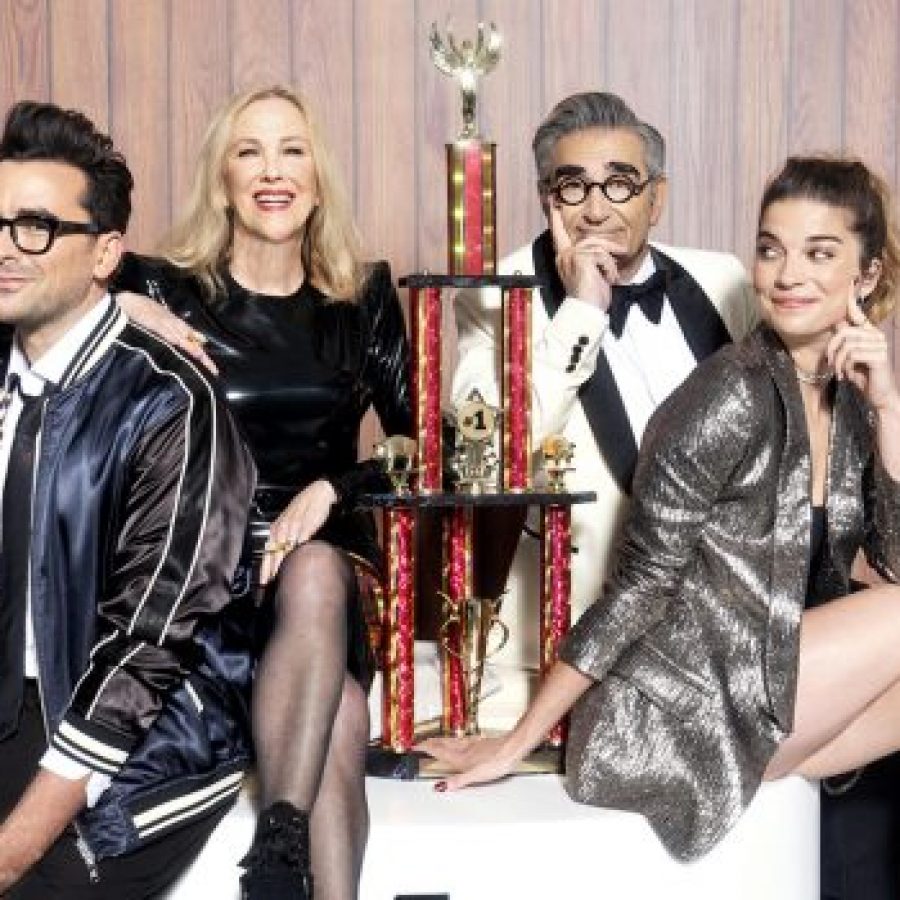 Schitt’s Creek – and gay representation – has won this year’s Emmy’s. The comedy from openly gay showrunner Dan Levi and his dad Eugene took home the most trophies of the night; and ever for a comedy in one night.

ALL four stars took home an award each for their individual performances on the show, along with Best Comedy, Outstanding Writing and Outstanding Direction.

“This show at its core is about the transformational effects of love and acceptance, and that is something that we need more of now than we’ve ever needed before.”

Adding, “go out and vote because that is the only way that we are going to have some love and acceptance out there.”

Eugene also had some words on the show’s message:

“I want to thank once again this young man who took our fish-out-of-water story about the Rose family and transformed it into a celebration of inclusivity, a castigation of homophobia, and a declaration of the power of love.”

Other winners included RuPaul’s Drag Race, which took Outstanding Cast in a Reality Show, and who Ru dedicated to the late and talented Chi-Chi DeVane.

Along with queer-inclusive teen-drama Euphoria which saw Zendaya make history as the youngest actress ever to take home the award of Outstanding Lead Female in a Drama.

The queers did it again. NOW VOTE, BITCH!