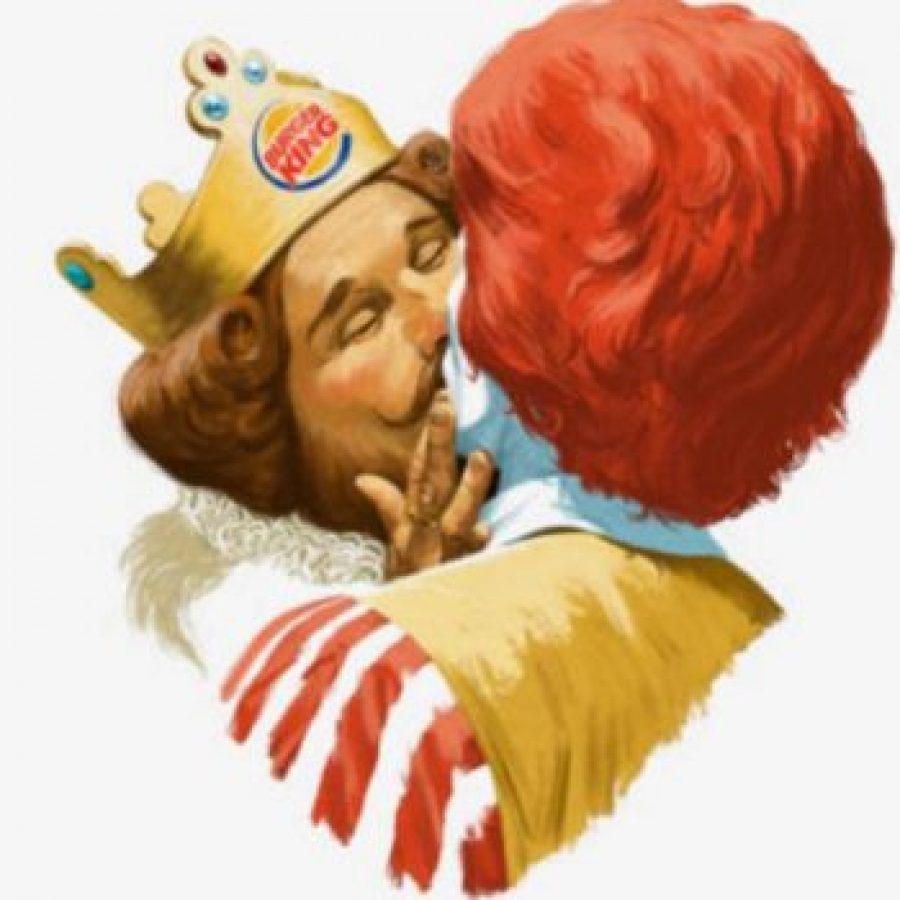 In a gay tryst that nobody ever expected to see, Ronald McDonald and Burger King have queered off with each other. And as a bonus they’ve pissed off a ton homophobes. Whooop!

Burger King and McDonald’s have had notoriously long-running feud, (with McDonald’s even suing the brand back in 1995 over an advert that starred Sarah Michelle Gellar after they accused Maccy D’s of having less substantial burgers… fun fact there for any Buffy fans).

But clearly, if Ronald and Burger can set their differences aside and lock lips, it just proves that queer love really can conquer all…

The ad was part of Helsinki’s 2020 Pride campaign and has been accused by anti-LGBTQ of selling out to the “the left’s sexual agenda”. OK, hun. ‘Cause we’re all at home jerking off over two fictional burger ambassadors pashing out.

“Burger King has always stood for equality, love, and everyone’s right to be just the way they are,” the chain’s brand manager Kaisa Kasila said in a statement.

“We thought, what a better way to convey our values than by portraying an all-encompassing kiss between Burger King and McDonald.

“We wanted to show that in the end, love always wins. And we know McDonald’s stands for the values we stand for, too.”

Awww! OK, who’s next? Spiderman and the Green Lantern?