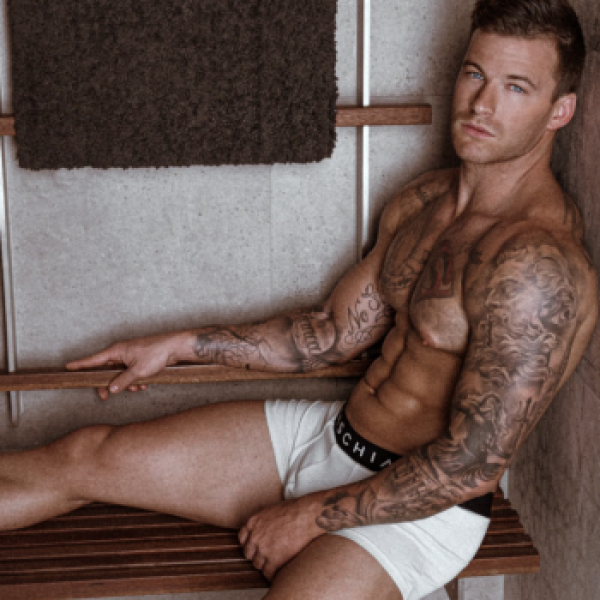 The beauty of the male form has been celebrated from the dawn of time. Ancient Greek statues still stand as symbols of peak male perfection, with many beauty standards today based on the idea of a man cut from marble.

Though we don’t erect statues of the ideal body type anymore, technological advancements have brought about another golden era of lust and worship, which everyone seems to be cashing in on. One such person is photographer Jake O’Donnell.

Like many of us, his love for the male form began in high school, though his exploration of desire and anatomy was far more visionary than mere adolescent lust. “The portfolio concept I had decided to work on was about analysing humanity.”

His work was anatomy focused, which I am sure reaffirmed any questions he was having regarding his own sexual curiosity. O’Donnell describes his high school experience as ‘fortunate’ as he attended a private school, equipped with an “extensive sports program.”

“It made it quite easy for me to find models with great physiques,” he says, noting how the plethora of options gave him enough reach within the school, and no doubt, enough fantasies to cook-up late at night.

My part-time job at Starbucks during school seems mediocre compared to O’Donnell’s, which, let’s face it, was every gay boy’s fantasy.

Everyone had a celebrity crush, and for most of a certain generation, it was Zac Efron. “In the case of Efron, especially, I think that shaped my aesthetic eye a lot as my sexuality matured into something definable.”

Though his models and location vary, O’Donnell’s images are consistently hot, but also act as a cohesive portfolio of work. He creates what he calls a “sensory experience,” through lighting techniques and focal points.

“I want the viewer to be able to perceive elements like the feeling of heat, the bite of the sun, the taste and feel of sweat, and the texture of skin and clothing.”

“Tiny details like the fly starting to slip open or a single droplet of sweat running down the obliques from an armpit or a smear of dirt across the cheek, all these are essential visual triggers of a fantasy, and therefore they become the story tellers.”

O’Donnell plays to the model’s strengths usually, not drawing in his own biases to shape what he thinks is the most attractive aspect of his subject.

Usually, they have their own preconceived notions about their most desirable body part, which could be anything from chiseled cheekbones to an “exceptionally prominent chest.”

According to a study in 2017, the most attractive part of a man’s body is a well-defined torso, with biceps coming in at a close second. The audience’s preferences also play a part, with the most popular features being “a bubble butt, or the pretty boy aesthetic.”

Well, both of those work for us – and his consistently growing audience.