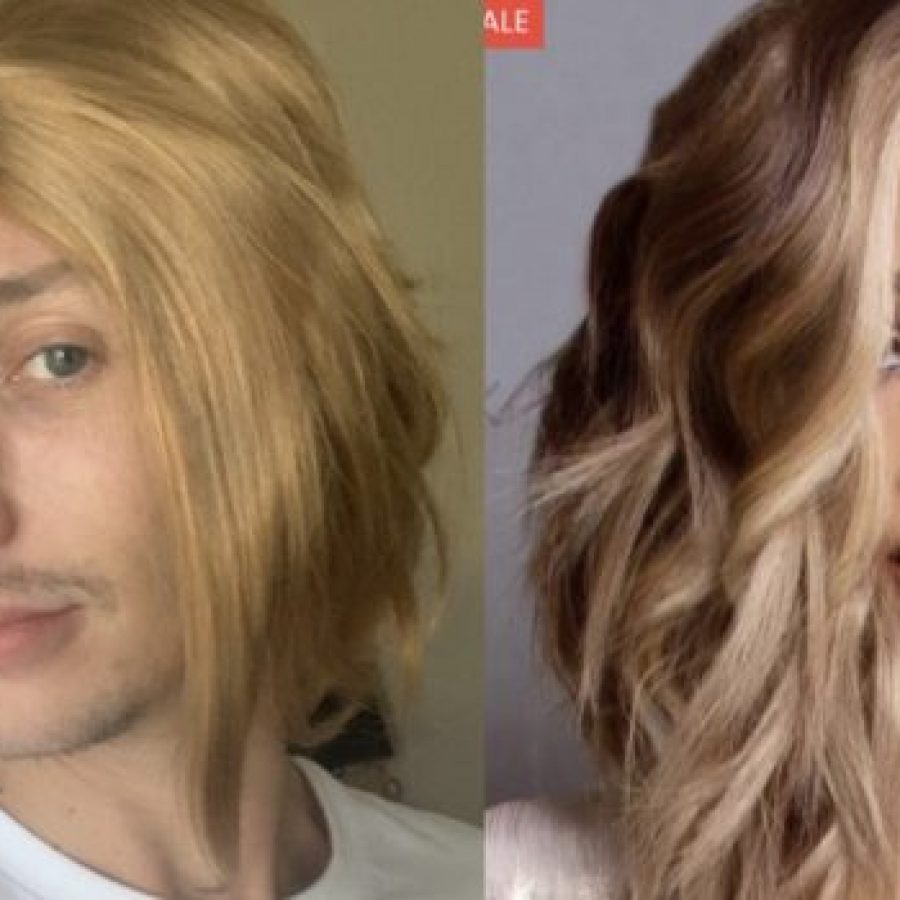 Thousands of Queer People are Being Wig-Scammed via Facebook

A sudden surge in wig-scammers on Facebook is leaving thousands of queer people out of pocket.

The first ad I’d seen, which advertised “22-inch lace fronts”, was promoting a ‘once a year’ deal of 3 wigs for $45. It seemed crazy cheap, but considering it was a limited deal and was being marketed on Facebook with thousands of likes, I didn’t really doubt it to be a scam.

Howeverrrrr, when the wigs arrived:

They were nothing, nothing of a sort. You can check out the full story of wig-gate here:

But the bigger question remains, what are Facebook doing about it? Since the initial scam, I’ve seen at least six more different ads doing the exact same thing. Although, this time they are specifically targeting queer men.

A big tell-tale sign that a page is fake are its multiple names. Example: The one above is called Cscoo-a, while the website URL is an odmbn.com.

It’s likely that once enough people cotton on, or the page is reported, they just start a new one.

So the price of the wigs are a big giveaway. Someone pointed out in the comments of a similar fraudulent ad, that the 22-inch wigs being used the company’s photos belonged to that of a gay wig designer, who charges upwards of $350 per piece.