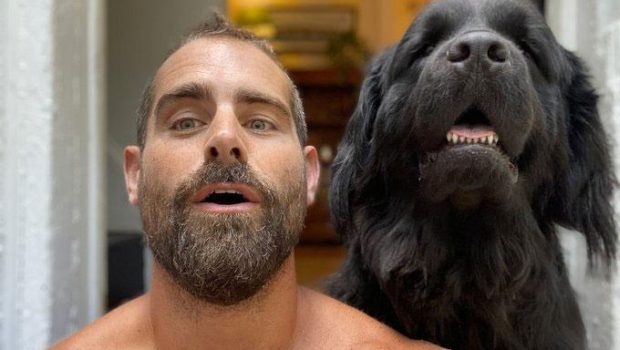 Just days after politician Brian Sims bemoaned about his love life online, he might have found a solution… in actor Daniel Newman.

The Walking Dead star has never been shy about showing his affections online and his latest interaction with Sims is no different.

It began when Sims tweeted a few photos of him with his dog with the caption “Big Thoughts”.

Newman playfully replied, ‘My thought just got a lot larger thanks’

Not a reply anyone could ignore. Sims fell back on the classic ‘eyes’ emoji which we as intellectuals understand as “show me your d*ck then”.

When a fan pointed out that Newman’s phone number in his screen name was there for Sims, he replied that he might actually drop him a text.

After a fan suggested they get a room, Newman – unsurprisingly – seemed up for it, before suggesting they take their chat offline.

Just at the point when nudes were about to be exchanged… Bummer.