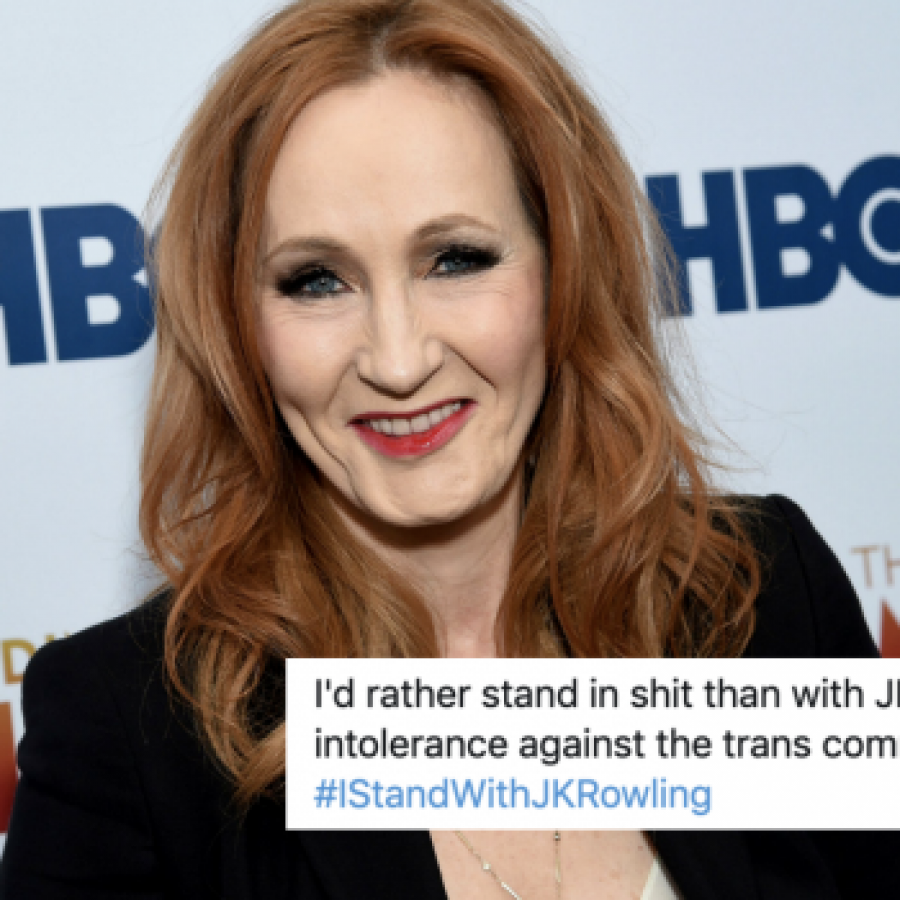 Imagine having a hashtag dedicated to supporting you (after running your gums on things you’ve got no comprehensive knowledge of while causing direct harm to a minority group), only to then see that most of the people who got the hashtag to trend were actually, repeatedly invalidating your ignorant world view.

Fans of the TERF attempted to tweet their support for plagiarising author with #IStandWithJKRowling, however, it seems that those who clearly stand very far away from Rowling had hacked the trend.

Admittedly, most of them were K-POP stans, and everybody who’s ever heard of Twitter knows you never fuck off the K-POP stans.

It’s mind-blowing to me how this many people can be telling you what you’re saying is damaging, factually incorrect and hurtful, but you’re still talking, taking tweets from Claire in Durham as support?