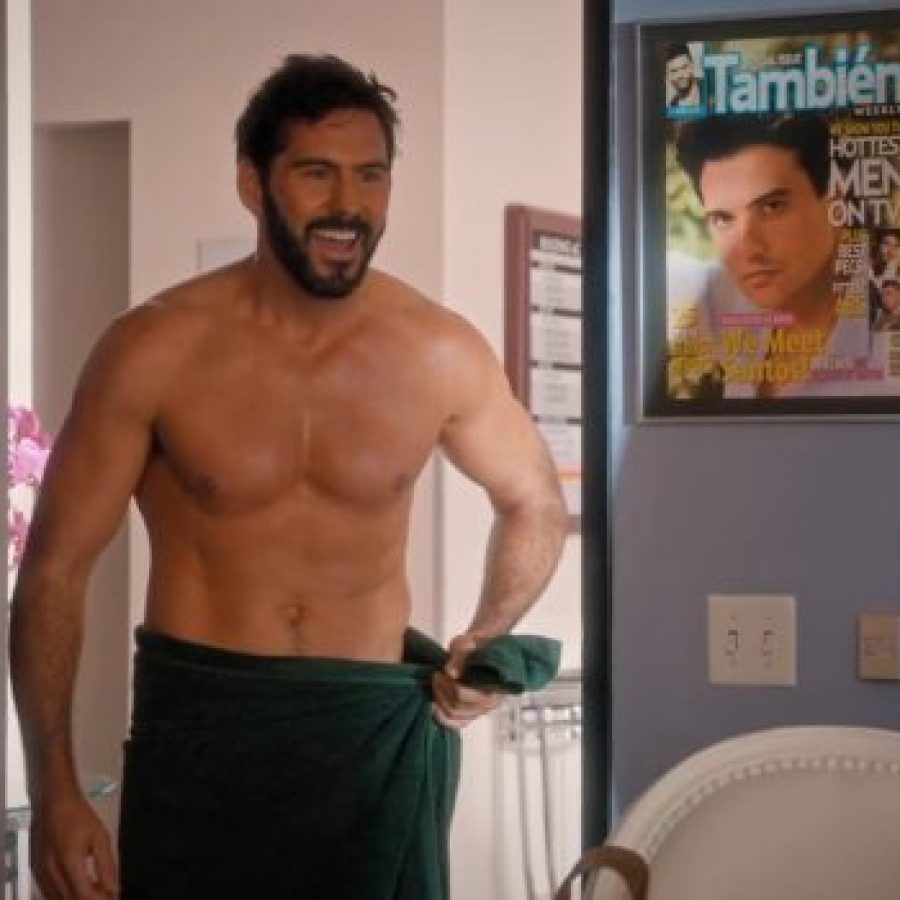 He may be a star of Jane the Virgin, but Keller Wortham is anything but virginal.

Now & Later sees a disgraced banker (Wortham) has a steamy affair with an illegal immigrant (Shari Solanis), who opens his eyes to a different world view.

Naturally, the reviews aren’t great, but 81% of Googlers still enjoyed it… we wonder why.

We feel you, girl!

Watch ALL the scenes here (NSFW)

NSFW: Mr. Britain on being bisexual in the world of OnlyFans