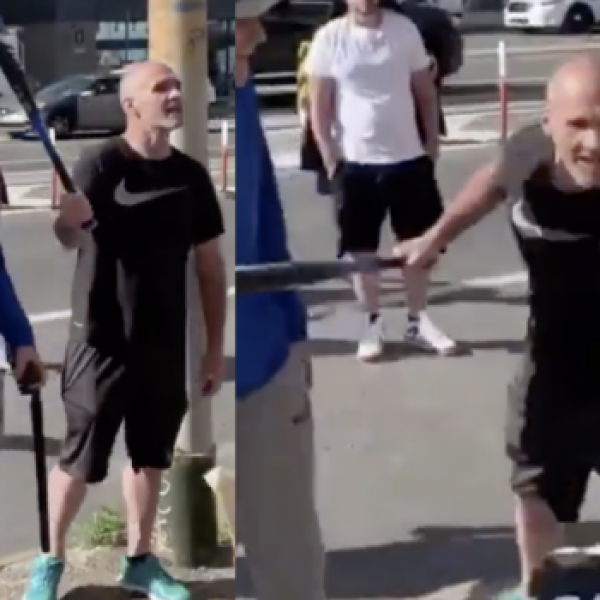 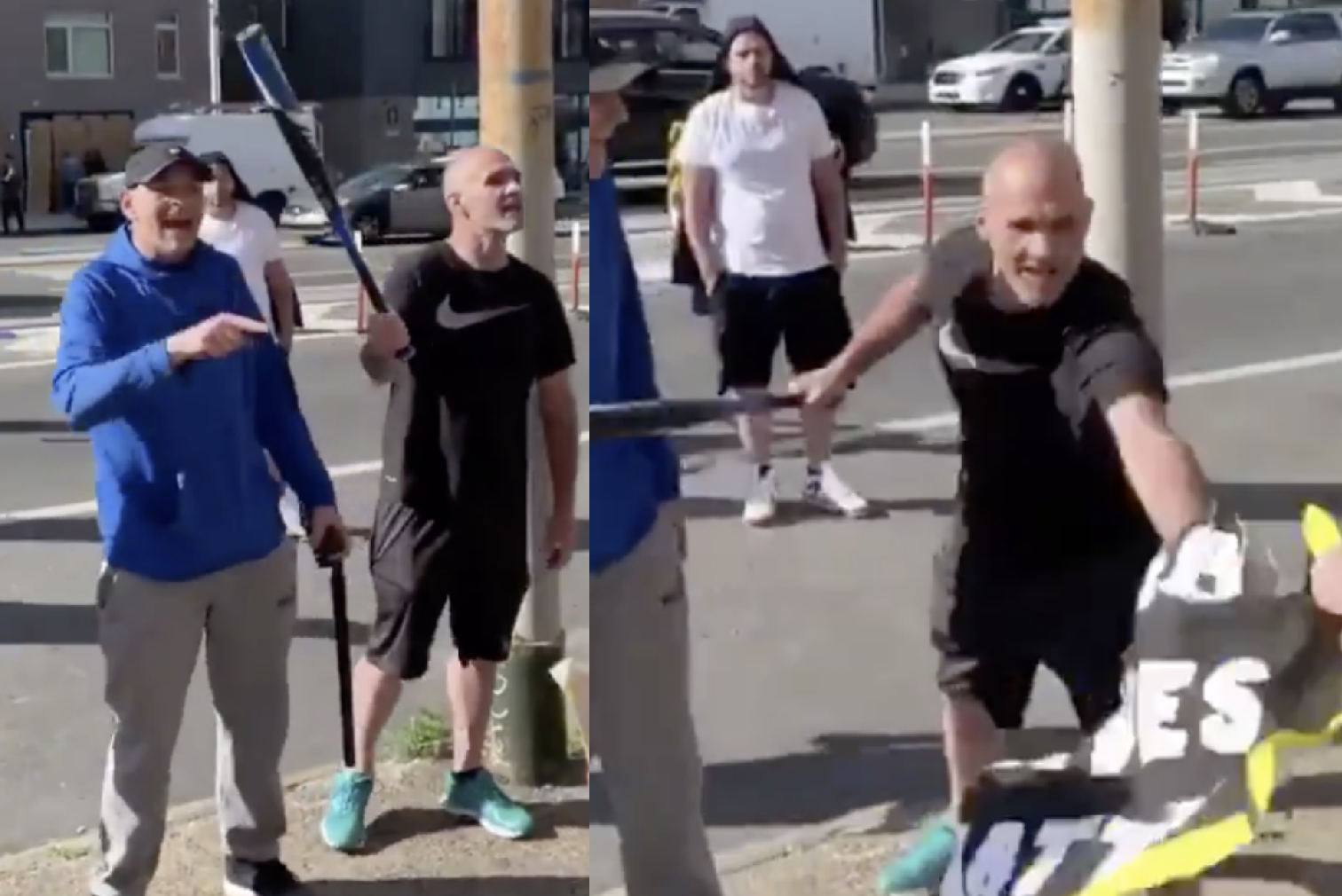 Apparently the police – that force which is there to protect the public – cannot even protect themselves. That’s the reasoning the gang of vile white supremacists gave for carrying baseball bats and threatening peaceful protestors of Black Lives Matter.

The incident which took place in Fishtown, Philidelphia, was caught on camera and shows the gang shouting:

“A cop can’t defend themselves, so we’re here, and if anyone wants to throw shit at a cop or pick on a cop, pick one of us the fuck out and we’ll go around the corner and fight ya, one on one.

Before one of the men ripped the signs from one of the protestor’s hands.

Meanwhile in #Philly: my friend shot this video of assholes threatening protestors and "defending the cops" … stay safe bbz. 🙄 pic.twitter.com/u1KEtkPipy

But apparently the police of Phili are pussies, as further photos showed them posing with civilians carrying assault rifles (something which is illegal in the state).

the armed white vigilante group in Fishtown was earlier taking group photos with cops and allowed to be on roofs with asssault rifles pic.twitter.com/eTeFBiGw6U

Meanwhile, a local radio host was actually beaten by the band of thugs who reportedly called him out for filming and pushed his girlfriend:

I got called out for recording them and they beat the shit out of me and pushed my girlfriend pic.twitter.com/JMeR4SJ7y9