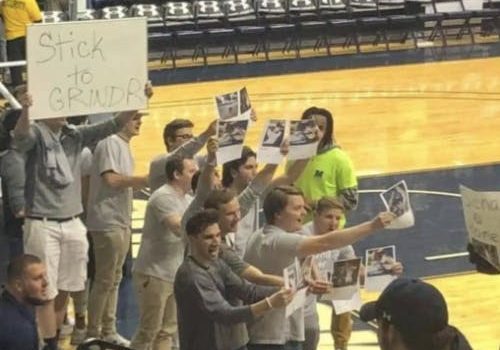 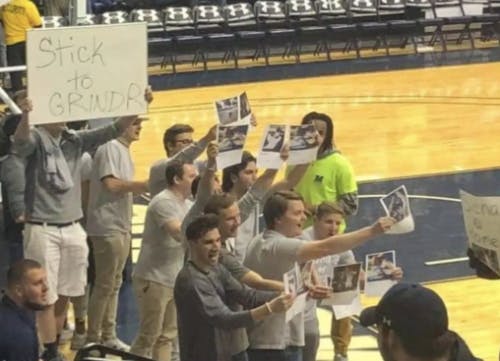 A gaggle of sad students decided to taunt a player on their college basketball team’s opposition by using photos taken from his Grindr profile.

You know, because being a gay man who uses a dating or hookup app is an insult… if you’re an uneducated bell-end from New Jersey, that is. Officials at the Monmouth University say they are investigating the incident as homophobic harassment.

It’s literally baffling how people think this, a) funny or clever, b) acceptable in 2020. You live in New York for fuck sake.

Monmouth was playing Siena, based in Loudonville (also New York) when they’re students began pulling out signs which read “Stick to Grindr” and waving around photos taken from the profile.

Although what’s funny – and overlooked – is that one of these fags was obviously on the app too. *Eye roll*

The president of the University, Patrick Leahy, released a statement via Twitter:

A message to the Monmouth University community yesterday. pic.twitter.com/gqntsrffUl

In which, he stated that officials were “working swiftly” to obtain further details about the incident and confront those involved. Adding “Discrimination of any kind will not be tolerated”.

Let’s see what the outcome is.